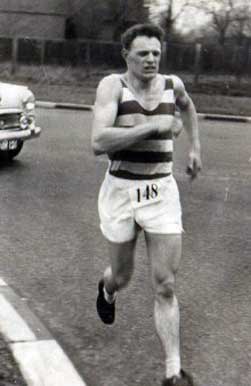 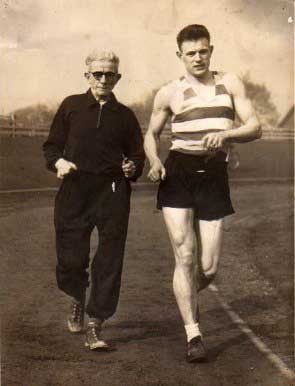 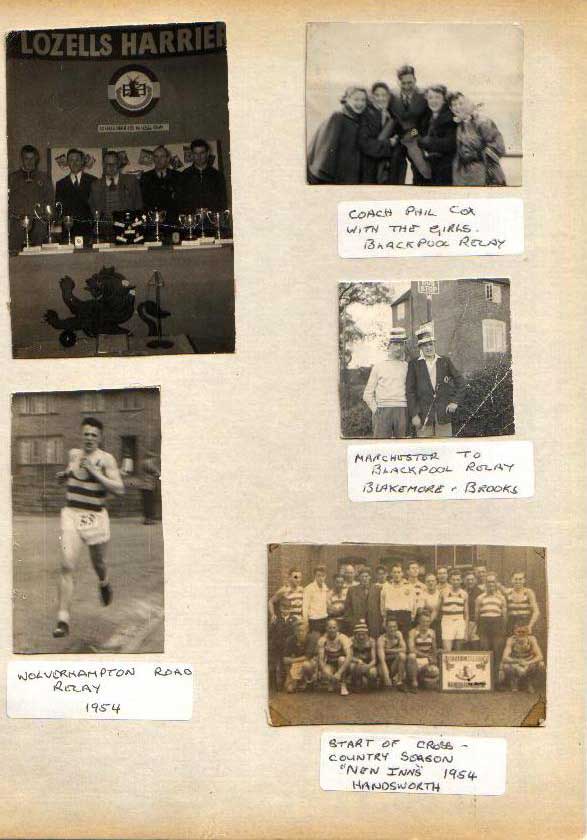 The photograph with the group was a promotion we did at the Handsworth cinema
for the Film "Geordie" starring Bill Travers.
a film about the Olympic Games where he is a Hammer Thrower 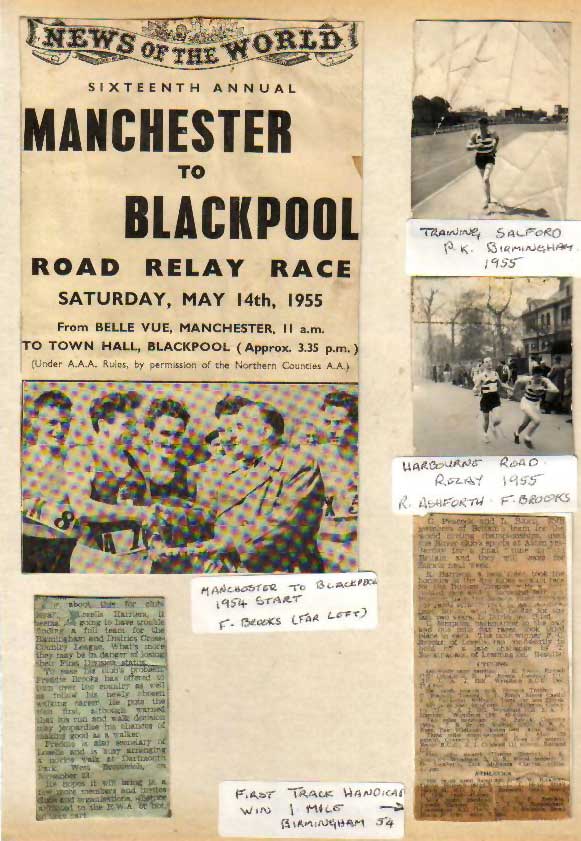 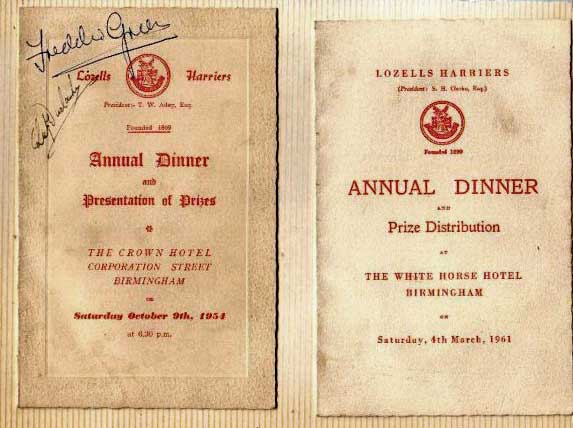 Lozells Harriers annual Dinner
The two signatures on the one are Freddy Green From Birchfield Harriers who
that year broke the World Three mile record.
Fred and myslf trained together at Salford Park
The other signature is of Lutz Durlacher at that time one of the best cyclists in Gt.Britain
from the Solihull cycling club both were guests of honour 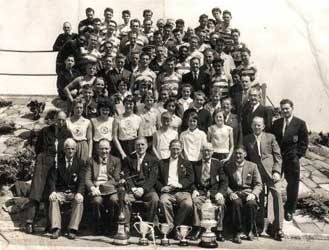 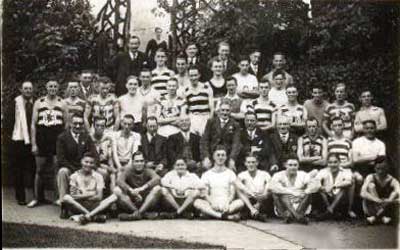