The Purchase of aston Park

at a meeting of the Town council, on the 15th of april, the following welcome letter

Sir I am now authorised to inform you, that the visit of Her Majesty the Queen to Birmingham, will take place upon some day in the week beginning the 13th of June. all further details must be matter for future arrangement. I have the honour to be, Sir, Your obedient humble Servant, c. B. PHIPPS J. Ratcliff, Esq., Mayor 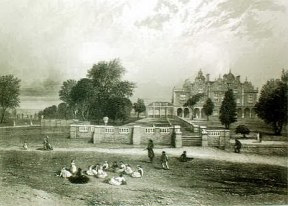 as soon as the news became known the utmost joy prevailed. It was the first time any English Sovereign had thus honoured the town, and the people resolved to give Her Majesty a hearty Birmingham welcome. a special meeting of the council was held april 27th, to receive a report from the General Purposes committee as to the arrangements for the reception of Her Majesty in a proper and becoming manner. Briefly, these were as follows:

That, as Her Majesty had signified her intention of receiving an address from the council, the Town Hall and its various committee rooms should be adorned and fitted up; that the members of the council should wait the arrival of Her Majesty in the hall, and that the Mayor and Town clerk alone should attend upon her at the station and accompany her to the hall; that the route from the Town Hall to aston be through - New Street, High Street, Dale End, Stafford Street, aston Street, and church Road to the Park; that three triumphal arches should be erected by the council, one at the junction of Dale End with High Street, another at Gosta Green, and a third at the borough boundary, in aston Road; and that certain of the apartments in aston Hall should be suitably furnished with a view to Her Majesty's comfort and entertainment.

Other suggestions and arrangements were made which need not be detailed here; and, as the story of the Queen's visit has been frequently told and is well-known to all our readers, it may suffice here to place the event on record in the official report presented to the council on the 13th of July, 1858, by the General Purposes committee was read:

The transfer of the estate completed, there was an universal desire that the Queen should be asked to open the park in person, and that desire was conveyed by the Mayor, Mr. John Ratcliff, to the Earl of Shaftesbury, In the following letter:

My Lord, I have the honour to inform your LordshipThat an association, formed for the purchase of aston Hall and Park, -an Estate lying closely adjacent to this Borough, - have just entered into possession of the same.

Your Lordship is perhaps aware, that the property has been acquired for the purpose of providing a convenient place of recreation for the inhabitants generally, but especially for the Working classes of this important and rapidly increasing Borough.

For such a purpose a more desirable place could not be easily imagined; the means of access are numerous and easy, and its proximity to that part of the Borough which abounds with manufactories and works, renders it extremely eligible and convenient as a place of healthful resort for the large number of artizans employed therein. Its situation commands the finest views of which the neighbourhood can boast. It lies open on one side to the fresh and invigorating breezes which blow from the highest table land in the kingdom. Its undulating surface presents to the eye alternately the wood-fringed lake, the beautiful lawn, and the noble avenue; and last, but not least, the picturesque and ancient mansion of its former possessors, the Holtes, with whose history and sufferings in the Royal cause, in the time of the Rebellion, almost every inhabitant of the Borough is acquainted.

The acquisition of this property, the value of which is daily increasing, not only intrinsically, but for the purpose for which it is intended, is being mainly effected by the issue of shares of twenty shillings value to the Working classes, aided by the voluntary subscriptions of the wealthier inhabitants. Having thus imperfectly brought under your Lordship's notice this subject, it remains only for me to communicate to you the one anxious hope of those who are labouring to effect their most commendable purpose. 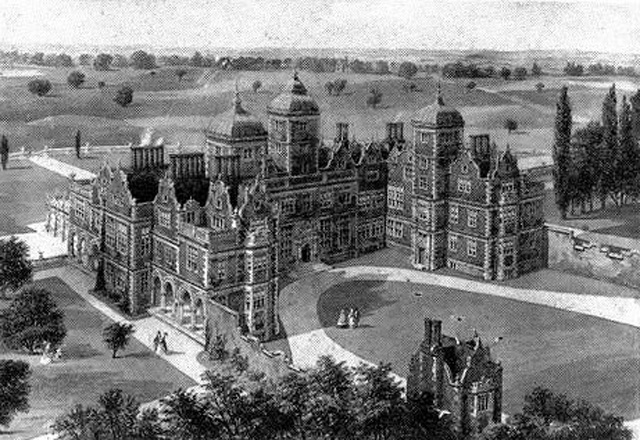 That hope is, that by means of some proper representations made to the Queen, Her Majesty may be induced graciously to consent to open the Park in person, some time in the months of May or June next, as may best accord with Her Majesty's convenience. If Her Majesty would consent to this, success would be certain, and the toil-worn, smoke-inhaling artizans of our teeming population would receive as from the free grace of their beloved Queen, the greatest boon which could be collectively conferred upon them. I need hardly remind your Lordship that Her Majesty performed a similar gracious act at Manchester to that she is humbly desired to perform here; and I can safely assure your Lordship, that the high esteem and affectionate regard in which Her Majesty's royal person is here held, by all classes of her subjects, will ensure for Her Majesty a most loyal and enthusiastic reception. I have the honour to be, my Lord, Your Lordship's humble Servant, John Ratcliff, Mayor. The Right Honorable the Earl of Shaftesbury, etc., etc.,