When Electricity came to Witton by Diana Poppitt

When my parents moved to Woodall Road Witton in the 30's the house had been wired by the previous occupant who was an electrician. Every other house in the road had gas lighting.

There was one socket in the living room, and a switch high on the wall in the kitchen, with a lever to operate it, connected to the garden shed. So that if dad was 'up the shed' mom would trip the switch, with the aid of a broom handle because no one could reach it, to tell dad to come in. The shed was all of 30 feet away. What is it about sheds that keep the men of the house so busy for so long.

The socket in the living room was used for the iron and the wireless. You couldn't iron to 'music while you work' because you could only plug in one at a time. There were no sockets upstairs - no need they said - who ever heard of bedside lamps, never mind that their daughter read, unknown to them, hanging out of bed book held before her to catch the light from the landing. The floors were covered in lino, so there was no need for a hoover, and the stairs were brushed within an inch of their lives as the dust flew up in clouds.

The lack of electrics meant that most people had a wireless that ran on an acumulatot battery. I felt hard done by when on pay day I wasn't part of the throng of children that scurried about Witton clutching a battery in both hands on their way to get it topped up at Woodfalls?, on the corner of Bevington Road.

Most of the houses were rented from Landlords who had bought the land and built houses as an investment. They didn't spend too much when it came to repairs, so that when electrics were eventually put into the other house in our road our one socket was a luxury. The festoon of wires hanging from a contraption attached to the light switch in the living room had to be seen to be believed. The 'trimmings' were hung on them at christmas.

at this time they were selling clarice cliff for sixpence in Woolworths. It really was a different World.

Some Pictures of Witton by Keith Berry 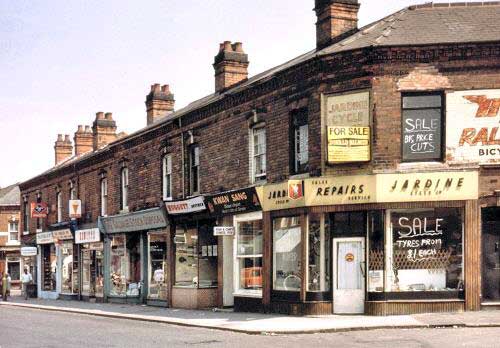 Witton Road at its junction with Jardine Road, probably from the 1970s 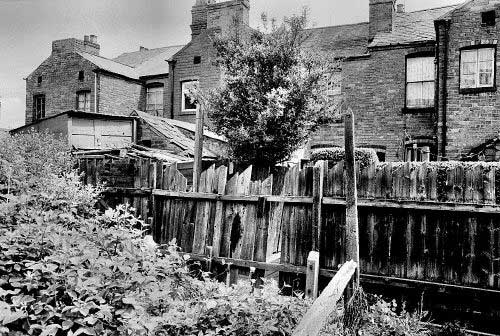 Bevington Road between Witton Road and Trinity Road.
The inhabitants were evicted "for urgent redevelopment"
but after demolition nothing has replaced them! 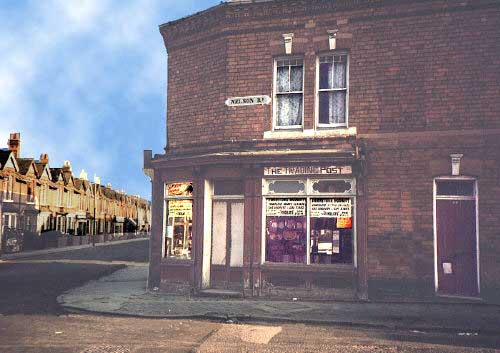 This photo of Nelson Road at Witton Road is dated 1993. 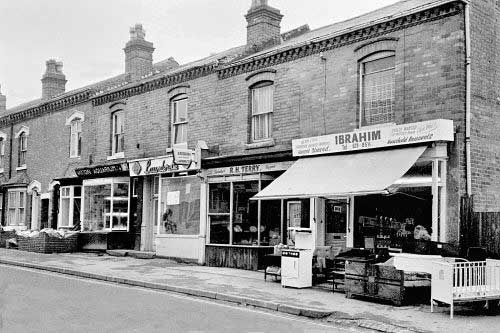 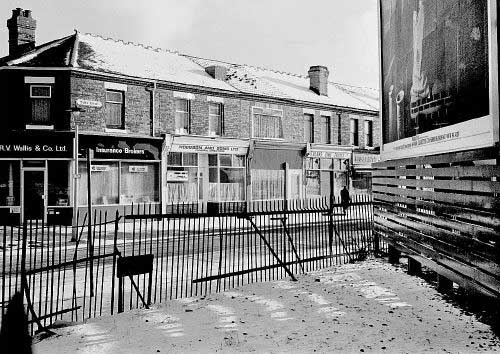 Tame Road, Witton, at its junction with Deykin avenue c 1985.
The buildings remain today but all of the businesses have been replaced. 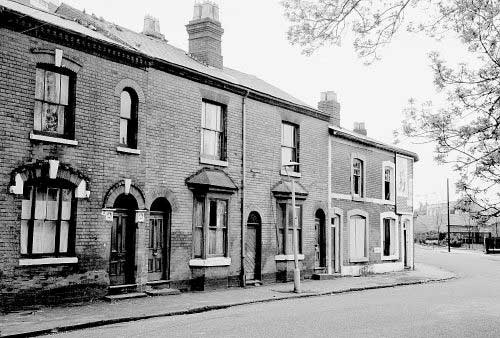 albert Road near its junction with Birchfield Road c1993