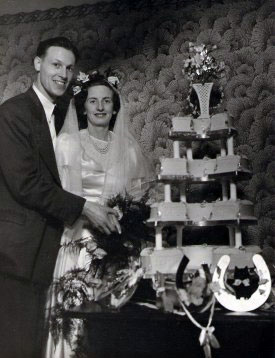 Bill Parsons met Marian Hill for the first time when home on leave from the army in spring of 1946.

an introduction was made by his sister, Robin who was a workmate and good friend of Marian whilst employed at Swallow Raincoats, Gt Hampton Row.

Bill had other interests at that time, but met up with Marian on subsequent leaves until he left the army in 1948. Marian had confided in Robin, after their first meeting, that she was going to marry Bill.

He was unaware of this of course

They followed their main persuit, ie Ballroom Dancing, and attended medal classes at Madame amies amongst other venues.

Bill's interest grew and he chased her until she caught him and they subsequently married in aston Parish church on 15th September 1951. 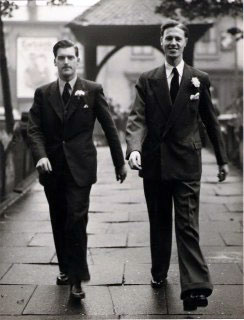 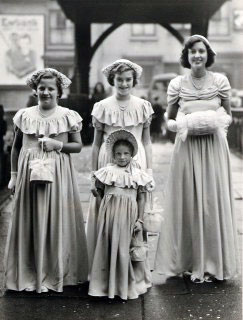 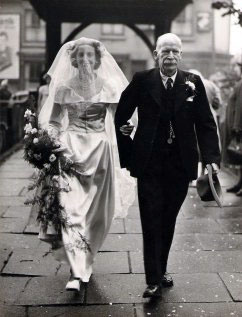 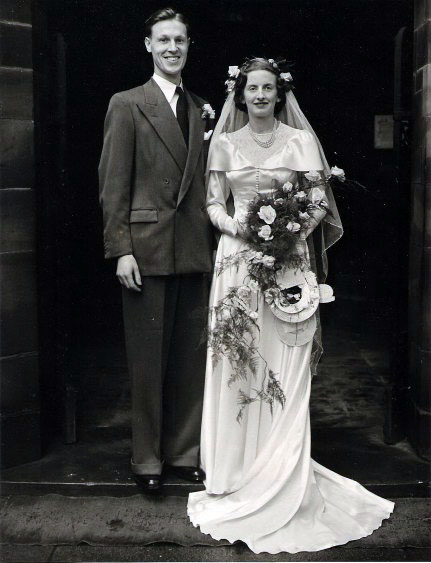 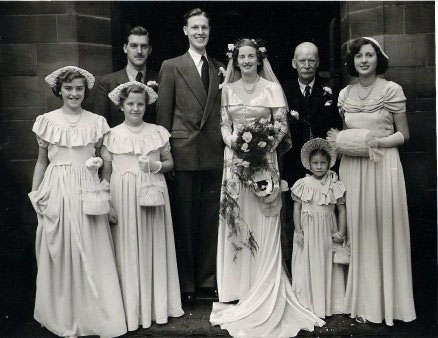 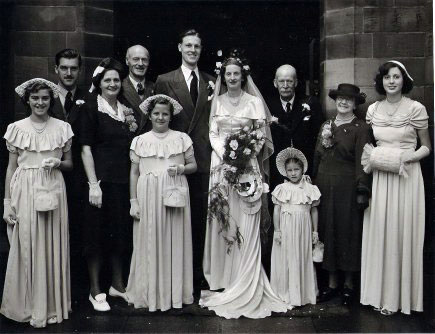 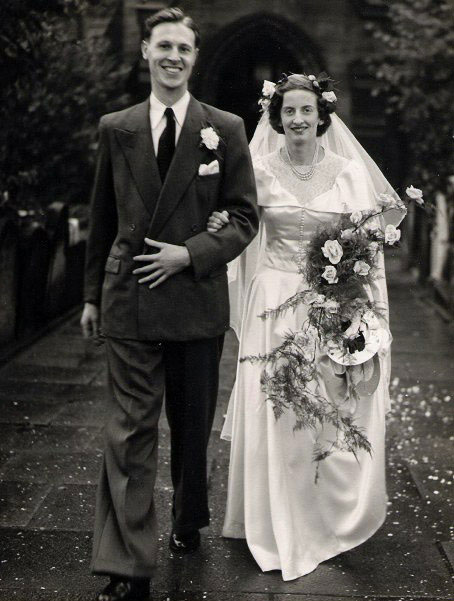 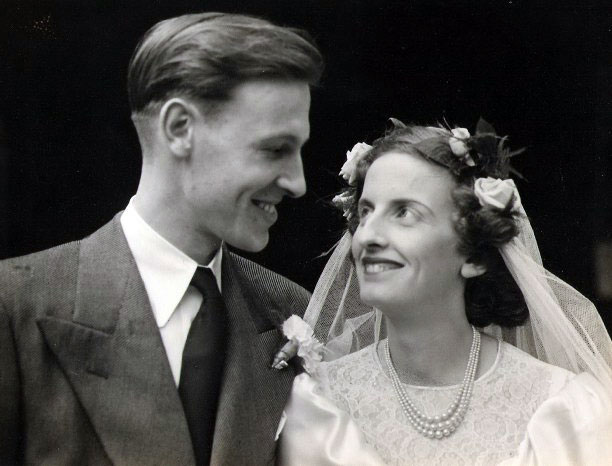 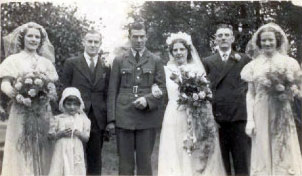 I have fond memories of Holy Trinity church, on the corner of Trinity Road and Birchfield Road, aston. Holy Trinity Junior School (often referred to as Wilson Road school) and at which I started in 1947, was linked to it. Every week, Fanny Wright, the Head Mistress, herded us off to Holy Trinity. Interestingly, the school only taught c of E, as far as I can remember. I don't think even the catholics received any special treatment.

a number of my relatives were married at Holy Trinity church. During the war my aunty Joan, the sister of my father, Bert christian, married Jack Bennett there. Jack wore his air force uniform for the occasion. My sister Valerie, who went to the same junior school as me, was to marry arthur Boot from Wenlock Road, Witton in 1955. Later on, I was to have the banns read there for myself but I didn't marry in my own parish.

My oldest sister, Hazel christian, chose not to marry in church. It was 1950 when she and her fiancé, Reggie Robbins, decided Birmingham registry office, then based in the Newhall Street area, would be less fuss. To some of our aunts and uncles, a registry office wedding could mean only one thing - Hazel must have been pregnant! For this reason, they stayed away; clearly, they were worried about the shame that might have been inflicted upon the christian family. For some reason, my mother, Ruby christian, invited our landlady along with her mentally handicapped brother, Ray. It was a laugh in chamberlain Square, as photos were being taken, watching Ray challenging the taxi drivers to `bash' one another up, along with any passers-by who happened to stray too close. 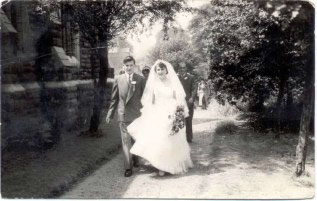 It was alongside Holy Trinity church where I stood with my friends and watched the circus coming to town. It was quite a big event in those days. It was more show biz and there were lots more animals. The elephants and the horses used to parade on foot along Birchfield Road, making their way to the Big Top site at Perry Barr - where One Stop shopping centre is today. afterwards, my pals and I would rush along Heathfield Road to the shops to purchase buns from Morrison's the baker's or broken biscuits from George Mason's on the corner of Leonard Road.