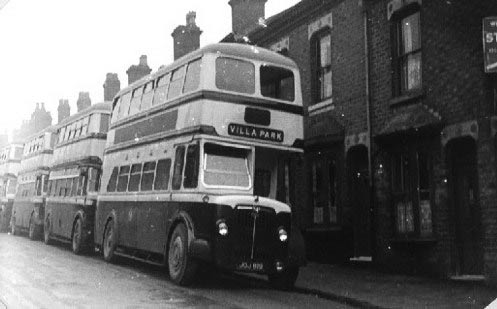 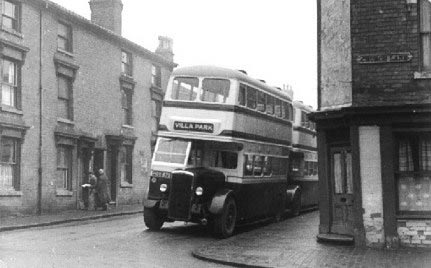 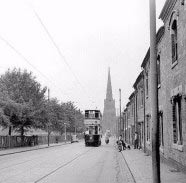 The trams were always exciting to me as a small child. The seats in some trams were wooden and slid backwards and forwards so that if four people wanted to sit together facing each other they could do so. Later models had padded seats in a brown and yellow velvety material. I remember the conductors and conductresses with their ticket boards and the fares were very cheap in those days.

Usually, it seemed as though when the tram appeared that you had to dodge cars and lorries to get on board, since the tracks were out in the middle of the street. Getting off the tram was particularly frightening for just the same reasons. My Mother always sprinted to the nearest pavement with me in tow and often or not cars, etc. were too close for my liking!!!!!!!

I can vividly remember coming down Park Road to aston cross. The last stop before the cross was outside the Bottling Room for ansells Brewery. Here there were very large windows where you could look in. I think there may have been a Bundy clock at this stop for the drivers to "clock in". I remember sitting outside there in the tram for what seemed for ever, so I watched the endless stream of beer bottles passing by lighted areas where workers looked for cracks, etc. before the bottles were filled. I always looked out for that and on the way back passing by Midland counties dairy where their Bottling Room was also on display through large windows. 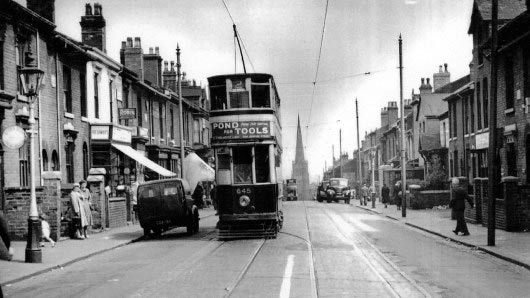