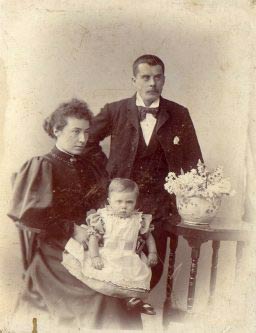 My father clement Howard Varrall was born in aston on 11th December, 1895. His parents, Howard Daniel and Ellen (née Turner) Varrall, married at St.James's, ashted, on 30 June, 1894, at which time their respective addresses were quoted as 16 Union Terrace and 26 Vauxhall Road. Sadly, the couple's only other child, Ellen Maria, born 5th Sept. 1897, died in infancy (consumption) during 1902. at the time of the 1901 census, the family were recorded at Heneage St 3 Hse Back 86. 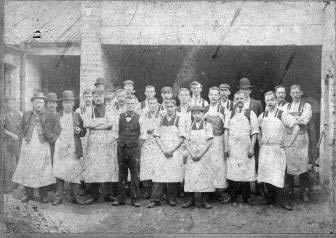 Howard Daniel Varrall, born Old Ford, London in 1866, had moved to aston between 1870 and 1872 with his father, Howard Daniel Snr., mother Sarah, and four siblings. a further three children were born into the family after this move. Both father and son worked as pewterers with James Yates of coleshill Street, which became Yates and Greenway before eventually merging with Gaskell and chambers, of Dale End. This work continuum was maintained by my father who, during the time of the company's acquisitive patriarch, cornelius chambers, joined that company at the very bottom (his words) and, excepting for military service during WW1, remained with them throughout his entire working life. He became manager of G&c's Manchester branch in the 1920's and, later, chairman of the company's Northern Division, with a seat on the main board. at the time of his retirement, he was presented with a gold watch bearing the inscription "To Mr c.H. VaRRaLL from his co-Directors -of- GaSKELL & cHaMBERS (LaNcS) Ltd in appreciation of his Long and loyal service 1910 - 1960". 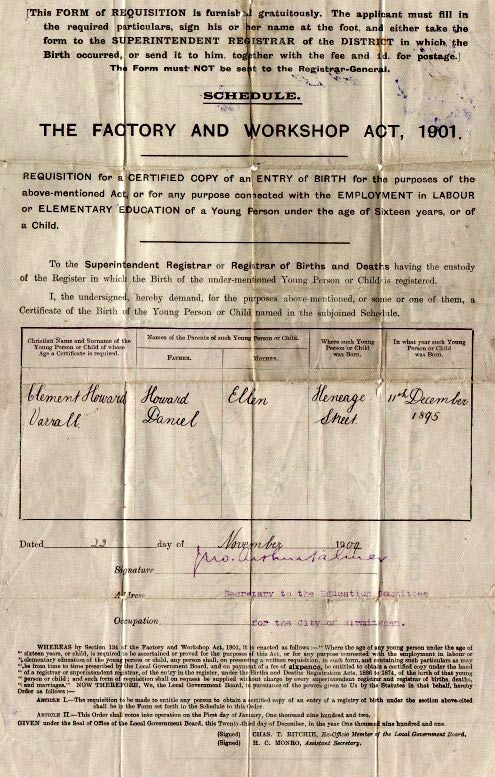 I am in contact with a past president of The Pewter Society, who has collected vast amounts of data and published books of reference on the history of that metal and the wider industry into which it's manufacture spread.

Not only did Gaskell & chambers acquire the business and trading names of James Yates and Yates and Greenway but all their original moulds, maintaining production of the core products right up to the time when they were, themselves, absorbed into a larger trading group. The name of Gaskell & chambers continues to this day - a Google search will reveal all! a 'Form of Requisition, as required at that time by The Factory and Workshop act 1901, indicates that my father, clement Howard Varrall, was entering some form of employment, presumably the abovementioned, at or around the time of his 14th birthday.

The form is dated 22nd Nov. 1909 and incorporates, on the reverse side, a copy of his certificate of Birth. However, shortly after this date and for reason or reasons upon which I can only speculate, mother, father and son must have moved to live in Manchester because my grandfather, Howard Daniel, died in The Workhouse Infirmary, Withington, on 30th Sept. 1912, and Ellen, his widow, little more than 12 months later. Both were buried in Gorton cemetery, Manchester, both having succumbed to Pulmonary Tuberculosis. 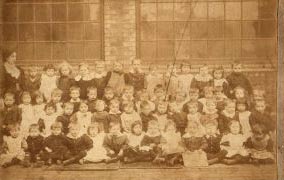 clement's grandfather, Howard Daniel Varrall (Snr) passed away in 1901 before his son and namesake moved on to Manchester, while Sarah, his widow, remained in aston until her death on 4th January, 1914. Sarah was buried at St. Saviours church, Saltley on 10th Jan 1914, having outlived at least two of her sons (another son, Frederick charles Varrall, died in infancy during 1873), a daughter-in-law and granddaughter. Ellen TURNER's father, Thomas William TURNER, was described on their marriage certificate as an Upholsterer (deceased). In addition to Turner,I know of local links by marriage to such names as HIVENS, KENNETT, HaRRIS and MEIGH. I would always be interested to learn more of these families and their descendents. My own family are all grown up and scattered around the globe: Manchester, Lincolnshire, Dundee, New Zealand, Bali! But, whenever I transit Spaghetti Junction, hectic it may be, but I always have time for a glance eastward, towards that area which remained close to my father's heart 'til the day he died.