a Ramble Up Summer Lane 2 by Brian Harding

Ramblings of the Summer Lane Kid 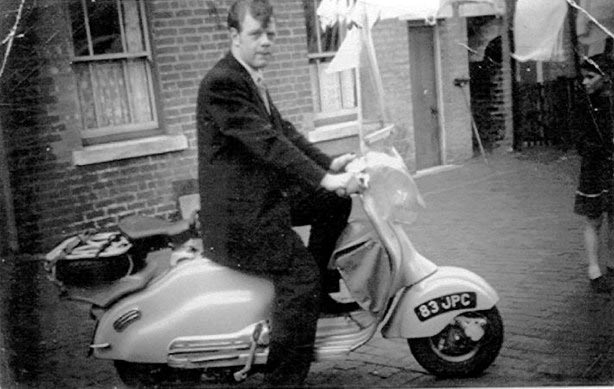 I'm going the other way today. I'm going up the lane to get some chips and try to scrounge some scratchings off Mrs allen.

Now Mr allen would not serve you to a piece of fish on it's own, you had to have chips with it. But do you remember the great big pickle onions we used to see on the counter, and you could put your salt and vinegar on your self then they were wrapped in white paper, then kept warm with a wrapping of newspaper which if you took a bundle of clean newspaper you could have a handful of chips free! Those were the days you bodged a hole in the paper and eat the chips and they kept warm, by the way chips were three pence, four pence and as much as you could carry for a tanner. Mind you that was English money not what you've got today decimal coins. I call it decimation because that's what it did to us when it was changed.

Now before going into the fishshop sometimes we had to go to the papershop which was next door to allen's and get the Evening Despatch which was cheaper than the Birmingham Mail it was a nice clean shop and papers was on the front part of the counter, and sometimes we would wait for the later edition because them days you had a midday issue then a later issue then another issue which had the latest news in it. So when we had the paper and the bags of chips we would scarper home like greased lightening so we wouldn't catch out, then when we finished our chips we could go out to play or stop in and do a jigsaw or read a book which I got from aston Library which I used to walk to.

Now and again the old lady (my mom) would give me a penny so I would ride back on the bus but if there was no sign of one coming I would run up to Six Ways. Then you could run down alma Street, no thought of being robbed or shot at then. and as I run down alma Street I would look over my shoulder to see if I could beat the bus which I often did and I was a penny better off. If mom asked me if I had spent it I always said yes because if I didn't I wouldn't get it again. So I would settle down at the table and read my book.

This way I travelled the world from Summer Lane