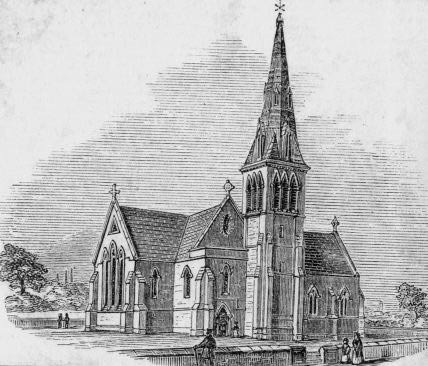 I lived at No. 9, Saint Stephens Street, in aston, at the Newtown Row end, opposite the Spartan Steel Works, which was the old site of St Stephens church, with my paternal grandmother, Maudie (Roscoe), her mother caroline (Shilton), my father Barry, my mother Winifred, and my older brother Stephen.

My earliest recollection was looking through the window of the front room, a room which was never lived in, and seeing the lorries going to and from the works and watching the sparks flying from the pouring molten metal. My brother and I attended Elkington Street Infants and Junior School, on the corner of Elkington and allesley Streets, under the Headteachership of Mrs Lambsdown and Mr Davies respectively.

My parents and grandmother all worked full time for Woods Provisions company, at 42 St Stephens Street, opposite Blews Street Park. Dad was a Provisions rep, I remember travelling round with him to a number of shops in the area, in his Standard Vanguard car. Dad used to park it in the Grove. also at the top of the Grove, Bill Kimberly at No 5 kept his Handcart there. I used to get the orange papers off him, not for the basic but my grandmother swore by them for keeping her specs clean ! 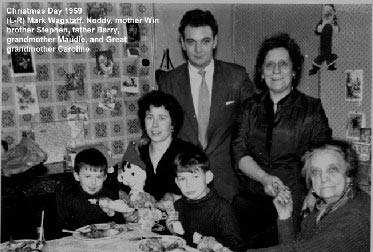 Bill's banana boxes were ideal for a make shift rabbit hutch too ! Mom was a warehouse assistant (her previous job was a presswork operator at Proctor avery & Wood in Bond Street off constitution Hill, making paperclips) and my grandmother Maudie worked as a bookeeper (her previous job was at the Old Rep Theatre in the days of Sir Barry Jackson as a dresser for the likes of James Stewart (Stewart Grainger), Elsbeth Marche, & James Hayter, with my Great Grandmother who was a Seamstress) Other people in our street also worked at Woods. arthur Gilliver, known as "chile" at No 46, worked as a delivery driver and Dolly crombleholme at No 56 was a warehouse assistant. When Mr. Wood, the owner died, his wife Kathleen Wood sold the premises to the Elite Sign company and with the proceeds bought a large house on Tudor Hill in Sutton coldfield, a house I remember visiting occasionally with my dad, the house being the largest one I had ever seen. (comedy actor Jack Haig was a neighbour)

My dad found work as a long distance lorry driver with Lesbrooks Pressings in Ladywood, and then Davies Transport of Oldbury. In the School holidays, dad would sometimes take me with him. We would have to be on the road at 5am. We would stop on the way to whatever destination, for the biggest Breakfast you could ever imagine, at one of the "truckers" cafes. My favourite trip would be to Skegness when around lunchtime we would sit on the beach and have fish & chips.

My mom found work at Mcavoy & Pinnington in Farm Street Hockley and subsequently Samuel, King & Harris on the corner of Holte Street and Love Lane and Maudie worked for Phil Hart Insurance just round the corner from our house in Newtown Row, as a cleaner. I remember going round to see her at work before I went to School, and met Phil Hart and his son, Johnny on a number of occasions but did not realise until I was older that they were the famous Speedway riders. We lived in aston until 1966, when we were offered the chance to live on the new castle Vale Estate, built on the old castle Bromwich aerodrome site. This was like moving to the countryside for us, with it's green open spaces, and with new housing and facilities 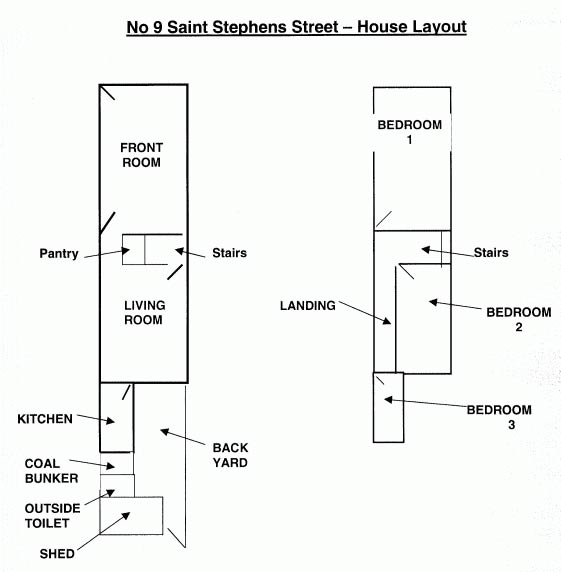