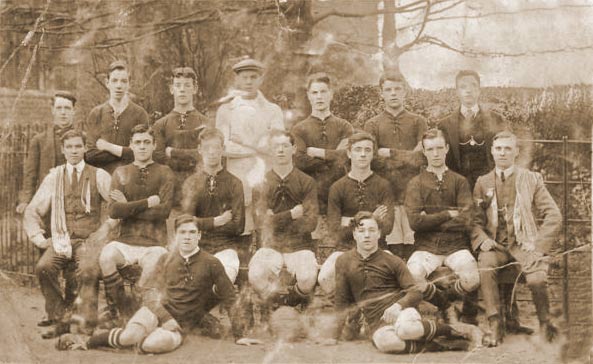 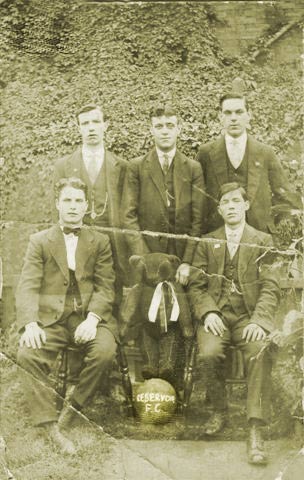 The young man seated on the left hand side is George Stone (my grandad). He was born in 1896 in argyle street, aston. He lived there until after the war until he married my grandmother. The photo's appear to roughly cover the period 1909 to 1916/17.

The football team is obviously Reservoir Fc, which I believe were based at aston Reservoir grounds. 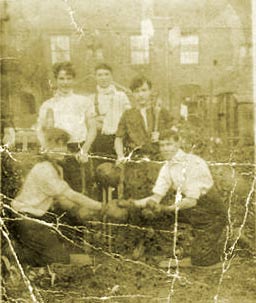 If you look at the photo's carfully you'll notice several of the lads appear in several or all of the photos.

If Reservoir Fc played in a league, it was most likely the aston and Erdington League or the old East Birmingham League.

My grandfather was supposed to have been a good footballer, having trials with Villa before the war.

a little more about the photos. The earliest appears to have been taken in a garden at the back of argyle street.

The second studio photo's, must have been late 1916 or early 1917, as my grandad was then acting corporal, after been wounded at the battle of the Somme.

I just call the lads the Reservoir Boys, unfortunately i don't know the names of any of my grandad's pals.

Hopefully if you could use them on your website, we might learn more about the pal's or even the football team.

My grandfather and my nana's brother, joined up with the Rifle Brigade (Prince consort's Own) at the aston chain and Lock company, which would be nice if anybody had a address for. 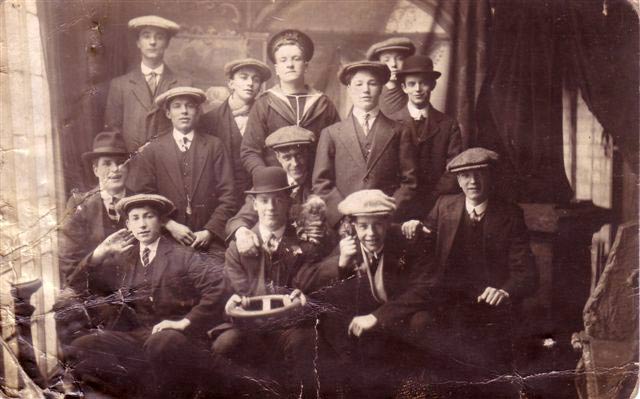