The Pioneers by John Houghton 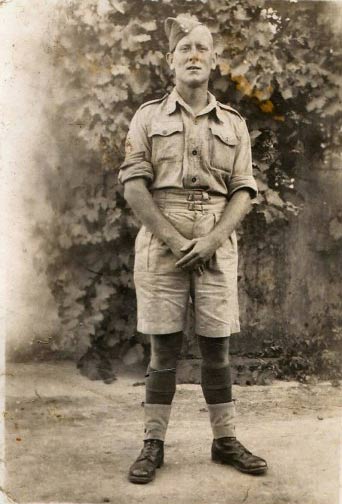 Military labourers have long been recognised as essential to an army. Records refer to Pioneers serving with the garrison at calais in 1346. Descriptions exist of a dress for a Pioneer company, part of the artillery Train in 1756 and throughout the seventeenth century separate corps of Military Labourers existed.

Pioneer Battalions, as an integral part of Infantry formations, were first seen in the Indian army. The system was adopted by the British and used throughout the Great War but, other than the term 'Pioneer', there is little direct link to the Pioneers of today. 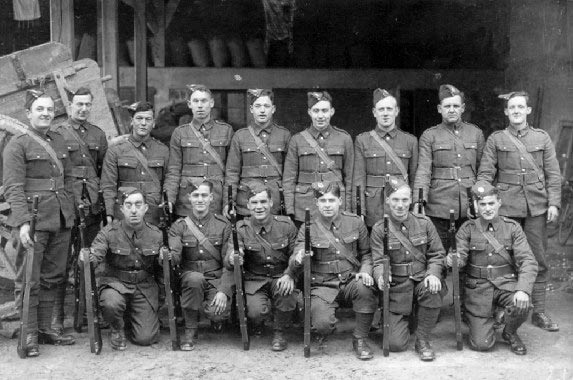 France WW2, The father of John Houghton is third from the right
on the back row. The guns they are holding are made of wood
the Pioneer corp were not armed till 1941
I wonder if any one can recognize any of the other soldiers
they enlisted in Birmingham

The need for labour during the Great War, in docks, lines of communications, depots, quarries and on railways and roads saw individual services supplementing the short supply of civilian labour with their own labour units. amongst the first were 350 men of the army Service corps. The Ordnance and the Royal Engineers both had their own labour force in addition to the men of the infantry battalions and a host of labourerers from overseas.

In an attempt to impose efficient control a 'Directorate of Labour' was formed in 1916. Subsequently, in april of 1917, a 'Labour corps' was established. By the armistice the corps included over 300,000 British soldiers, members of the Non-combatant corps and numerous overseas labourers. These included 92,000 chinese; 100,000 Egyptians; 2,000 Maltese and 12,000 indigenous South africans. When hostilities ceased the corps continued battlefield clearance including the construction of some commonwealth cemeteries. The corps was disbanded in June 1920.

In October 1939 the need for a labour force was recognised again and the auxiliary Military Pioneer corps was formed. Initially the corps was unarmed, but, in the retreat from France, units of the corps found themselves in the front line and responded well.

The title was changed to 'Pioneer corps' in 1940 and, with the inclusion of military training, the use of the term 'Pioneer' once again became more appropriate.

Pioneers performed a wide variety of tasks in the UK and in every theatre of the war. In addition to volunteers from Britain, men were recruited in East and West africa, Swaziland, Basutoland, Bechuanaland, Mauritius and India. In addition companies were formed to accommodate the 10, 000 'aliens' who joined the British army. These austrians and Germans opposed the changes that Hitler had brought to their countries and, in serving with the allies, hoped to contribute to his downfall. a number had been decorated for gallantry whilst serving with the Kaiser's army in the Great War. at least one man was to be commissioned, having served as a German Lieutenant in WWI and been awarded the Iron cross.

The 'alien companies' could, initially, only be employed for duties within the UK. These included building work, forestry, maintenance and extension of railways and ports and, in some cases guarding prisoners of war (-a task undertaken with some relish!). With other members of the corps they were also employed to clear the rubble caused by the bombing of British cities. Not infrequently this process involved rescuing civilians first, and when employed on these duties cpl J.P Scully earned one of the first George crosses. 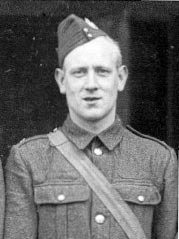 Pioneer companies took part in the assaults in North africa, Sicily, Italy and Normandy. On D-Day, 26 companies, totaling 7,500 men landed on the beaches, within two months they had been joined by a further 60,000. They worked on the beaches, laid prefabricated track, handled all types of stores including ammunition and were involved in stretcher bearing and road making. Supervised by Engineers, Pioneer companies worked on the construction of the Mulberry Harbours and the PLUTO pipeline, they constructed airfields and erected bridges. Operations including the Rhine crossing took place under cover of smoke screens laid by specially trained and equipped companies. These screens could also be used to confuse enemy bombers.

at most operational ports and railheads Pioneers were responsible for all non-technical labour. as their experience grew they frequently found themselves taking over 'technical' duties. Now trained to fight men in Tunisia found themselves taking their place in the line as infantry. Less spectacular, but nevertheless essential, were lines of communication and base tasks performed overseas and in the LJK. Millions of tons of stores were handled for all the Services at all stages of transit. The size of the task can be judged from the fact that, by 1945 the Pioneer corps included 12,000 Officers and controlled 166,000 uniformed Pioneers, 330,000 labourers from a variety of countries, 1,074,000 civilian labourers and 173,000 POW labourers.

In contrast to WWI the corps was to be retained as part of the regular post war army. In 1946 the Pioneer corps was granted the title "Royal" in recognition of its work during the war years. although reduced in size, as the peacetime army became more structured, in addition to their depot and construction duties the Pioneers were allocated an infantry role.

as fully trained infantrymen members of the corps provided the security force for many permanent 'installations and, as such, became, once again, fully representative of the title 'Pioneer'. 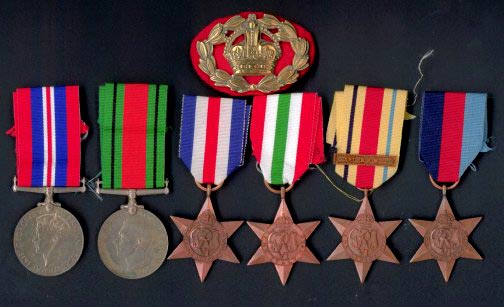 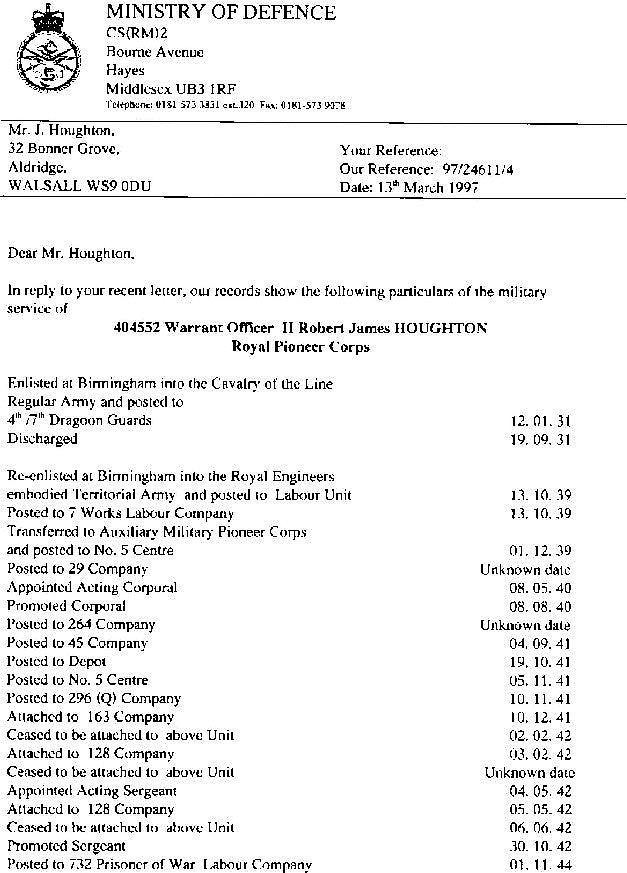