First World War, The Western Front, France, June 30th, 1917, Firing Line. "aDVaNcE" the Order rang out. Silent prayers were on all the young soldiers minds that bleak day on the battlefield. cannons could be heard in the distance. He adjusted the rifle on his shoulder, in preparation for the back-lash after firing each shot. No training could have prepared the soldiers for what was to take place. Soldiers were falling all around him; his friend's arm had just been blown off by a bomb and he lay in the trenches dying. No time to think of sorrow now. Within minutes, he felt sharp stabbing pains in the back of his head. He had been hit by a piece of shrapnel from a bomb. He buckled over as an enemy soldier pumped bullets into his right leg. When would this horror be over he wondered as he lay on the battlefield bleeding to death. Thin clouds of vapour filled the air. Poisonous mustard gas. No masks. coughing and choking; he passed out.

No longer silent prayers, they turned into pleas and cries for help. Was this a nightmare! all these young lives lost because of this senseless war. 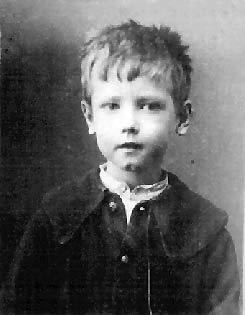 I recall fond memories of "Daddy" from my childhood I can still visualize our family gathered around an old wooden table covered with red checkered oilcloth, on a chilling cold winters night, in a country kitchen with the warm aroma of wood burning in an old Findlay Oval woodstove. The heavy scent of fried bread made from grease drippings hung heavy in the air since supper time. While dunking our toast into our hot cup of tea we listened intently to him tell our fortunes in the tea leaves. " Ma Ma"(Ruby Gordon) was always under the impression that he was raised by Gypsies in England. Stories of the war were always exciting to listen to and especially about his extremely dangerous job as a dispatcher. He would roll up his pant leg and let us feel the holes in his leg.

Every year on Remembrance Day he proudly wore his green Beret, War Medals and one Gold Stripe armband to signify he had been a wounded soldier. He shined those Medals until they sparkled and marched with all the other proud soldiers every year in the parade in Toronto, knowing they had done their part and risked their lives to keep our country free.

Mother tried numerous times to locate his family in England. I wrote to Dr. Barnardo's Orphan Home in England and to my utter astonishment, I received a lengthy letter outlining my dear Father's childhood years, together with a photo of him at age six. Tears flooded my eyes as I studied this old black and white photograph. a sad and bewildered young lad was looking at me with a bruised and swollen left cheek. I was absolutely ecstatic and yet saddened as I continued to read the account of his childhood that had been darkened and erased by the horrific effects of the war. 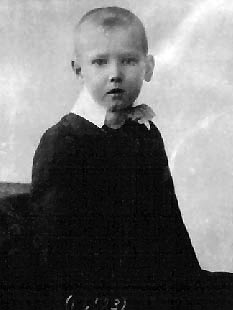 I learned that he was born in Birmingham, England in 1895. His Father, Henry Peter Stedman Burlton had died and his Mother, Laurel Jane Williams was unable to care for all her children and brokenheartedly placed my Father into Barnardo's. He had many brothers and sisters. In 1906 he sailed over to canada aboard the SS Dominion and worked on a farm owned by Benjamin Morton in Moira.

January 14th, 1916, he enlisted in the canadian army. Training was done with the 157th Battalion c. co., (Simcoe Rangers) in Orillia, Ontario. On October 28th, 1916 he arrived in England aboard the S.S. cameronia and was transferred to the 116th Battalion at Bramshott, England and proceeded overseas landing at Baulogne, France.

after spending 6 years in various hospitals being treated for the devastating effects of shell-shock, mustard gas that destroyed one of his lungs and wounds to his head and leg he was discharged as a disabled War Veteran. as a result, he suffered memory loss of his childhood and loss of livelihood.

a first cousin, Henry Peter augustus Burlton was located in Birmingham, England. The next day I telephoned all my family to share this cherished news.

When memories of my "Daddy" begin to cloud my mind. I begin to realize the peace and love he must have received from our Heavenly Father during his lifetime enabling him to bear, without prejudice, this shattering childhood and war memories.

Peace Begins With Each One Of Us!