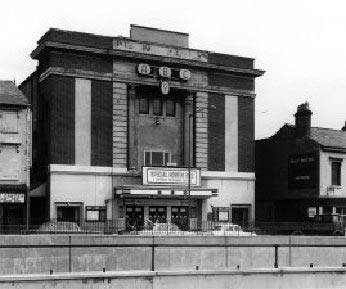 Most Saturday mornings as a child, I used to go the Orient cinema, with my brother alan. To get in, it cost sixpence for a seat downstairs, and ninepence upstairs.

Only once or twice did we go up into the circle, yes it was exciting up there, but the extra thrupence was better spent on sweets.

The format if I remember correctly was Pearl and Dean  and Pathe News with a kind of news magazine followed by a film, usually a cowboy, then the serial.

Sometimes we would sneak in to the cinema with the contents of a bag of chips, carefully hidden inside a small loaf we called a batch. We never ever got caught doing this, and what a feast would be had by alan and me.

We sometimes used to put little peices of ripped silver paper out of cigarete packets on our eyelashes and and flutter our eyelids along with all the other kids, believe it or not this made everyone laff as the silver paper flashed with the reflection of the light from the screen. 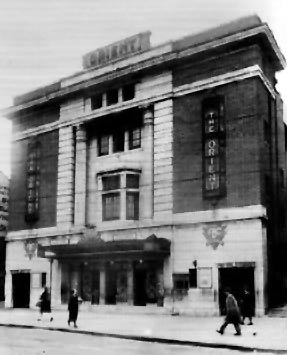 On the occasions we were upstairs, great fun would be had by being first out of the fire escape exit, and hold the doors to stop anyone else coming out. The weight of people trying to get out would soon become impossible to hold and we would let go the doors, and dash quickly down what seemed thousands of stairs to escape the wolves, who were ready to take our lives.

Once outside it was off into the hustle and bustle of Saturday morning shoppers, slapping our backsides as though we were robbers on horseback being chased by the sheriff and his posse. For a few seconds, you could not see anything, until your eyes became used to the light once more.

It was usual to go get a sixpenneth of chips at this point, if we had not already eaten them in the flix. Down Potters Hill to the chippy and then maybe to a printers if there was any change left. The printer would sell us masses of off-cuts of paper for a couple of pennies, useful for making paper planes or whatever. 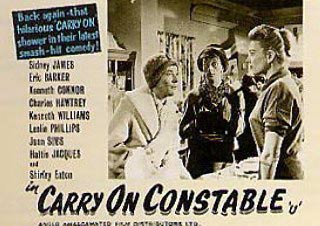 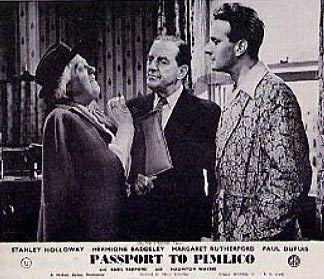 We are the boys and girls all known as
Minors of the aBc
and every Saturday all line up
To see the films we like and shout aloud with glee
We like to laugh and have our sing-song
Such a happy crowd are wee..eeeee
We're all pals together
We're Minors of the aBc.

The Flix by Rod Birch

I've waited all week for Saturday
Were going to the flix for the matinee
It's off up the Orient for our alan and me
a tanner each for the entrance fee
If you pay ninepence you can go upstairs
But well watch down below we have no cares
On the way in we buy our rocks
Shove an everlasting toffee down me socks
The music quiets, the lights go dim
John Wayne's on later I don't know what film he's in
The curtains draw, it's starting soon!
Pearl & Dean on first then a cartoon
Time for the Serial it's Batman I think
Last week his car went over the brink
This week he's saved by his mate Robin
If he'd died me and alan would have ended up sobbing
It's the intermission the choc Ices are here
Were first in the queue have no fear!
Us kids quickly quiet the big films coming on
This week he's a cowboy, we love Big John
He kills all the Injuns single handed
Rides off on his horse, our hero he's branded
The matinee's over it's time to get out
all us kids are excited we've started to shout
Its off down Newtown slapping me arse
Riding in the horse road no thought for the cars!
We act out the film, I'm a cavalry man
My dream is soon shattered, by the horn from a van
What a morning we've had our alan and me
can't wait for next Saturday and the matinee