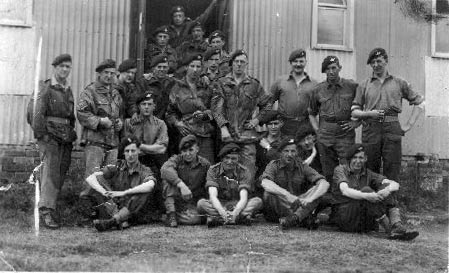 a Brummie born and bred, was born on the 13 November 1919 in Selly oak. at he age of 3 he was put in the care of the Shenley Fields Home as his parents seemingly were not married and parted ways in 1922. He was adopted afterwards and his adoptive parents were killed in the Birmingham air raids.

He joined the army in 1939 and fought at arnhem, North africa and italy as a member of the 2 para regiment. Demobbed in 1945 he went to work at Hardy and spicer, lodging with a Mr Bloxham in Trinity Road. 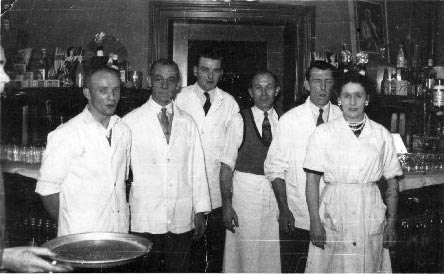 Dad at the Ratpan - first left

In 1949, whilst working at Fort Dunlop he met my mother Mabel Saville who had been sent from Kent as part of the war effort. It was love at first sight, curlers and all! Married in March 1950 at Birmingham registry office they went to live in a property owned by Mr Bloxham. The top floor flat of 90 trinity Road. On the day of their wedding they were penniless...but that evening they found a 10 shilling note by the bus stop on Birchfield road. They were rich. 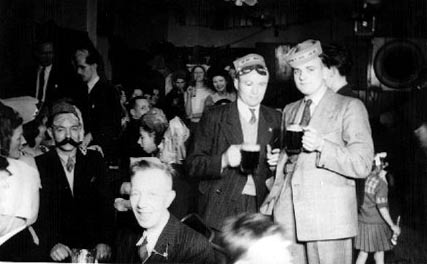 Dad is in the middle of photo, left
Both at the Ratpan early to mid 1950s celebrating

I have many memories of that top floor flat. Watching the Villa train and collect autographs. canterbury cross school, Dr Rosenfield who practiced in Witton Rd but who lived 100 yards from our flat in Trinity Road.The large house still remains. In 1961, aldridge UDc as it was then allocated us a house ..or rather a new flat in aldridge where I have lived ever since.

The scans were taken of photos both at the ratpan at the lower end of trinity Road (opposite the new health centre ) whilst he was a part time barman there in the early 50s.and when he was a member of the Ta para reg in Witton Rd at the same time. My late fathers full name was John Louis Samuel Davies, known as Jack. I am his oldest son John H Davies.