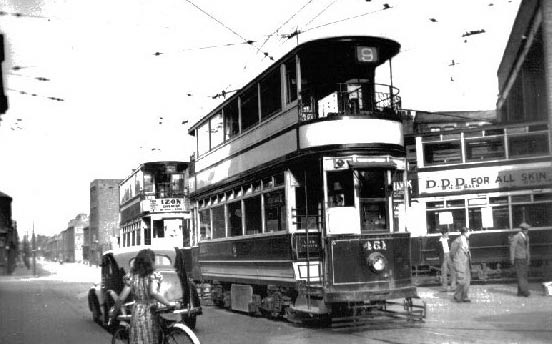 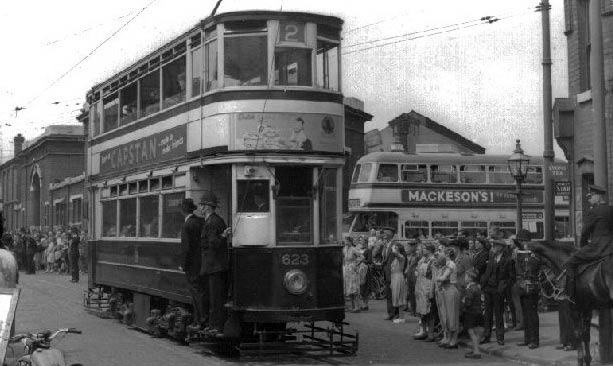 My first memory is of me sitting in a high chair, made by dad, being given my left over dinner at tea-time. We were not allowed to leave food. There was a rocking horse in the sitting room, which my dad made, and we all used it. The front room had been turned into a play room for us all.

Mom used to take us all to aston Park to play while she knitted and dad came up on his bike after work and we all had tea together. at the start of WW2 barrage balloons were put up in front of aston Hall and they frightened me.

I used to play a lot with my brother Tony. We were good mates. My last sighting of him was him being carried into the ambulance and taken to hospital. When Tony died from diphtheria, the authorities immunised us all. Dad wouldn't have us done before but if he had, Tony's life would have been saved.

Our front door opened directly onto the street. Opposite was a big factory where different sized cog wheels were made. When the bombs dropped, a lot of these rained through the roof of number 101 - hence the hasty retreat to Stratford in 1941/42 where we had relatives.

There was a tram depot half way down Miller Street. at the start of the war we used to go looking for shrapnel following a raid. The four older ones of our family were evacuated in 1940. Peter the eldest had polio and wore a calliper on his left leg. He went to a special school, at Blackwell, Lickey Hills where he was given no schooling. They thought his problem was in his head, not with his leg. Jim, Betty and myself were sent to Malvern where mum found us lousy and filthy and took us back home, but we were sent back immediately to Donisthorpe.

It was very rare to see a car. Our bread and milk were delivered by pony and trap. Big shire horses were used to pull the dray carts for deliveries to the factory opposite. On bath night, Tony, Brian and myself were bathed on the scrubbed table in the sitting room. Peter, Jim and Betty were bathed in a large galvanised bath in the kitchen. around the corner was a park where we used to torment the park keeper. He was a nice old chap. He had a lovely hut with a fire. Whatever happened to him? On May day, the horses were dressed up in fancy ribbons.

We all had ½d pocket money which we spent at the corner shop. We usually had ½d pick off the tray. Three of us went to Elkington Street School where Jim was continually caned by Fanny Matthews because of his silly grin! It was a good school and it taught us well. I don't know where Peter went. I was very envious of my friend who had a lovely father - I wanted to swop her with the miserable sod we had who was always thrashing us.

There were lots of back to back terraced houses in the area where very poor people lived and mom was continuously looking through out clothes to pass them on. She was always knitting and sewing and kept us all well dressed. She took us shopping to the "House that Jack Built" in Newton Row. Brian used to save his pennies and when he had 6d we had to go down to aston cross to the dinky shop (opposite the ITV television studio) and he had us standing for ages while he decided which car to buy.

I remember him going into a tailor's for a new suit. He had every bale of cloth down onto the counter and then walked out of the shop as he didn't any of them. Mom and I felt like hitting him!

On Sunday we were all sent to Sunday school to get us out of the way and we always came home with a piece of fruit. When mum wasn't very well, dad was always the first to go to bed. He never did a full months work, so how my mom coped I shall never know.

There was always a strong smell of vinegar at aston cross. On the way to aston Hall Park there was a blacksmith and we always stopped to watch him. He was a nice cheery chap. Who was he?

On Sundays I was always sent for 1d worth of mint which was picked from a neighbour's garden. I had a big bunch every time.

One christmas I was given a sweet shop. Jim came into the playroom and said mom wanted me (which she didn't). She had cut up some coconut to give to everyone but when by the time I got back to the playroom, the rotten sods had eaten all my sweets! On our birthdays we usually had ¼ lb of sweets which we had to share with all the others. What a present!

at Easter we all had new clothes and a painted egg which was then boiled for our tea. at christmas we had one present that was usually made by dad, one stocking containing an apple, orange, a few nuts and couple of sweets and always a brand new ½ and 1d in our pockets. What would the kids of today think! 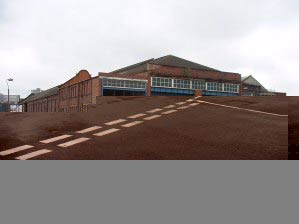 My memories of Miller Street Garage amounted to at least one trip to the Lost Property Office which was located there for the claiming of items lost on the Birmingham Transport System. This must have been in the early l950's.

I had borowed my mother's umberella and left it on the No.11 Outer circle bus one Sunday afternoon. My mother, endeavouring to teach me a lesson about taking things of hers without her permission, gave me the instructions on how to reach Miller Street Bus Depot. We lived in Erdington so it wasn't the easiest of places to get to.

When I did find the place, and went to the window to talk to the man in charge, he asked me what I had lost and I told him about the umbrella adding something like "Have you had any umbrellas handed in"? I remember he called me through the door into a room which was literally filled with umbrellas of all shapes and sizes...there were hundreds of them!!!!!!!

He laughed and then asked me details about the bus I had left the umbrella on, etc.Fortunately, I was able to get my mother's umbrella back.

I never borrowed it again.