a History of B Mason & Sons 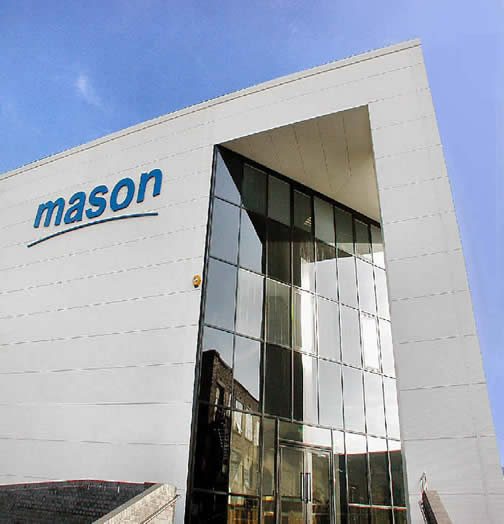 B Mason and Sons Ltd. celebrates 150 years in the business of metal rolling in 2002.

Benjamin Mason founded the company in 1852. Benjamin learned the trade of metal rolling working in the steam and water powered rolling mills that supplied non-ferrous strip for local industry.

He eventually decided to set up in the trade on his own account and took over the Thimble Mill at aston to roll brass alloys into strip. His tenancy at this mill was brief, as land in nearby Wharf Street was leased in 1859 for the construction of a new rolling mill. Once the buildings were completed production was transferred from Thimble Mill to their new steam-powered rolling mills. These mills, which became known as the aston Manor Rolling Mills, occupy a small, but central portion of the present works.

The aston Manor Rolling Mills supplied rolled strip for many local trades. They included the badge, button and medal industries. Spoon blanks were also produced for the cutlery trade. Output by modern standards was small, but there was a regular demand for their product and so business flourished. B Mason was numbered amongst a group of other firms who traded as rolled metal manufacturers. It was an industry that was concentrated in the West Midlands where non-ferrous metals were worked up into a final product by a myriad of trades.

Whenever a metal had to be pressed or stamped into shape, the common form of supply was as strip or sheet. The rolled metal makers specialised in the production of this sheet or strip to the needs of the customers in whatever metal or alloy that was required. It was their job to find the copper, lead, nickel, tin and zinc, mix them to the required alloy composition and then roll the metal down to the appropriate thickness.

Some manufacturers incorporated metal rolling into their business and would make finished products from raw material, but there was still sufficient demand from the smaller undertakings to support the independent rolled metal manufacturer. Thus, B Mason and Sons went on from year to year, meeting the local demand.

Until 1917 control of the company remained with the Mason family when it was then, passed to the Shaw family. The aston Manor Rolling Mills became a useful complement to their existing metal reclamation trade.

It was during the Shaw period that electricity replaced steam to drive the mills. But, Mason was still a very small fish in a big pool of over forty non-ferrous rolling mills.

When traditional markets eventually began to dwindle, competition in the rolled metal trade began to become more severe. after 1960, mills were closing at a rate of about one a year.

aston Manor Rolling Mills were reconstructed and fitted out with modern rolling equipment. Integral to the new operation was the semi-continuous horizontal casting process that produced strip from molten metal in one stage.

In 1969 B Mason & Sons Ltd. was the first UK company to adopt semi-continuous horizontal casting.

Sites were acquired and other properties were subsequently purchased until Masons came to own most of Wharf Street and the lower part of Portland Street.

B Mason & Sons Ltd had now more than doubled its original site, but further changes were to come. During 1988, a German company, Wieland-Werke aG, acquired Mason and instituted further re-equipment. additional land was also purchased so that the Mason property now extended the full length of the canal side of Wharf Street and a major re-equipment process began.

In the late 1990's, the remaining properties on the north side of Wharf Street were purchased and Wharf Street was closed as a public highway.

a new building was erected on the north side of Wharf Street to house new offices and the finishing operations of slitting, packing and despatch.

Photographs below from "Industry in Birmingham" 1902 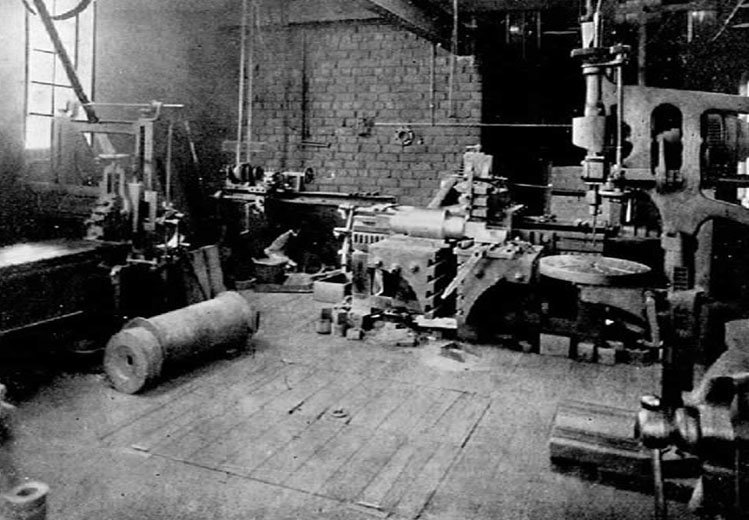 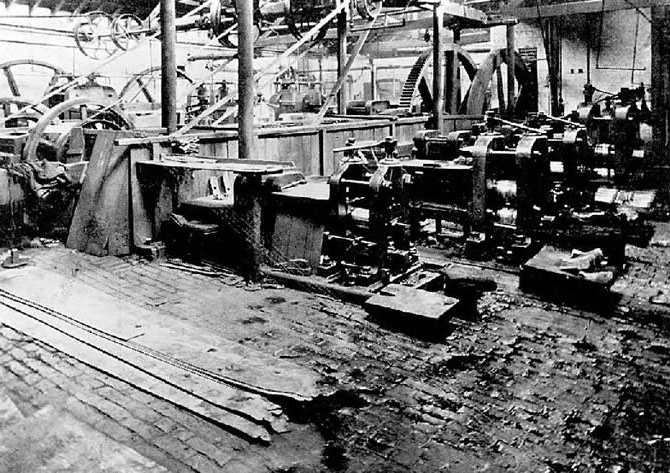 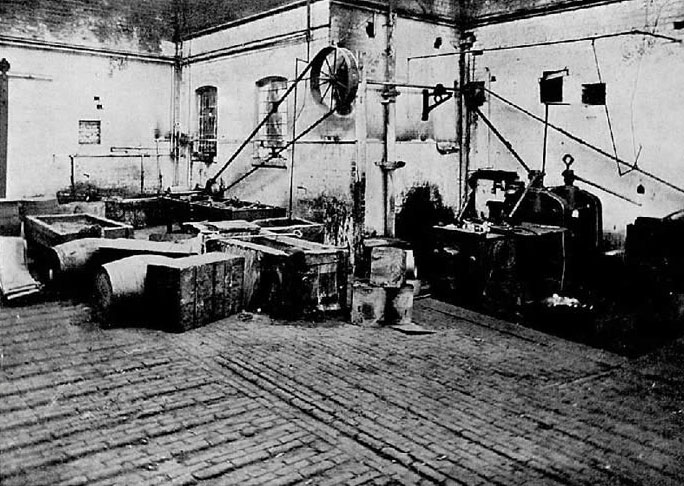