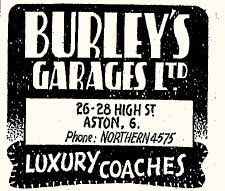 We realise the following pictures are mostly of High Street, but it can be said that both aston folk and outsiders refered to both as Newtown Row, thats why they are under a common title.
High Street begins at Six Ways aston and ends at asylum Road west side and Bracebridge Street on the east side.
Newtown Row begins at this point and proceeds south towards Birmingham city centre, until Princip Street west side and Bagot Street east side. 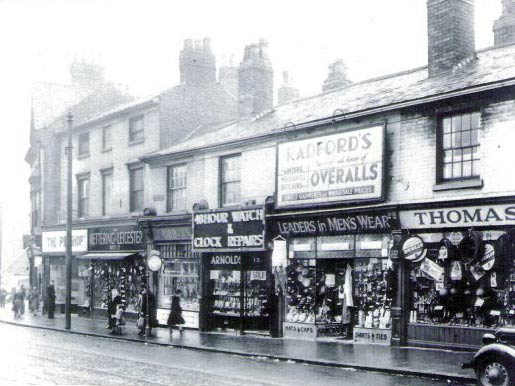 Just a little way up from Black's and avril's 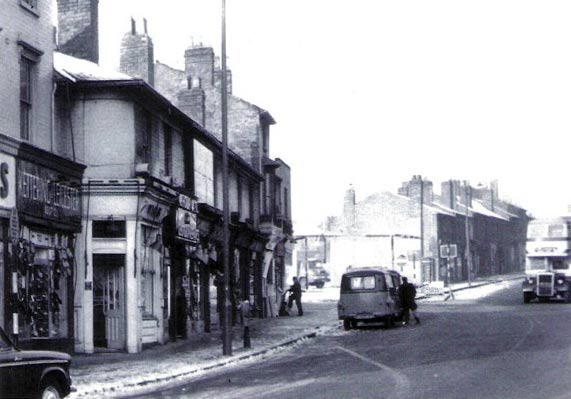 Where Once Upon a Time Stood The Globe 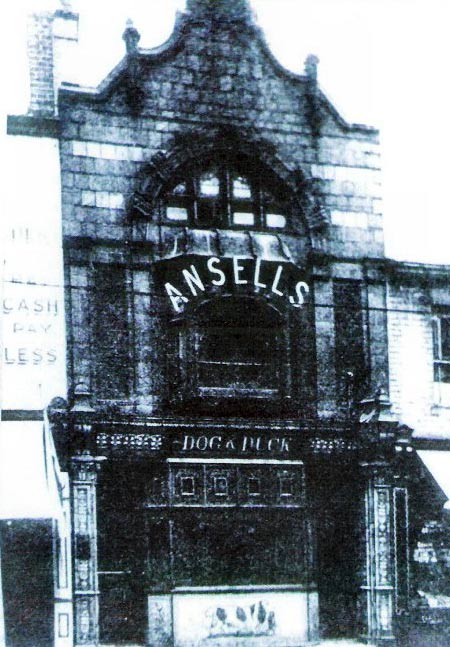 The Dog and Duck 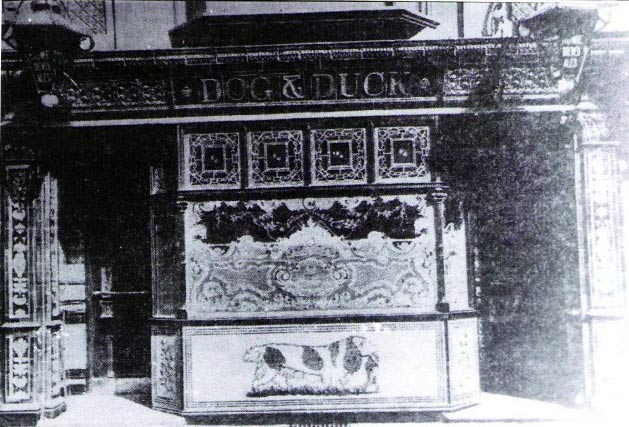 The Dog and Duck had a fantastic tiled frontage, all sadly destroyed 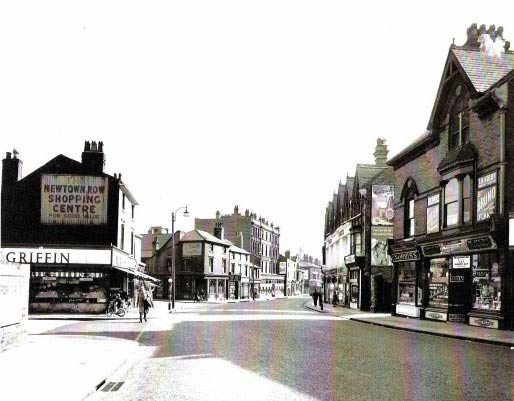 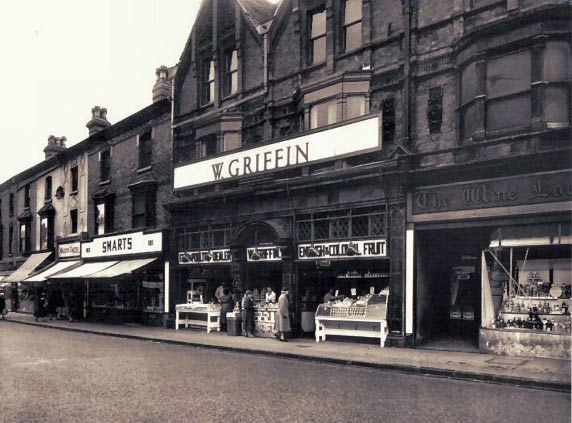 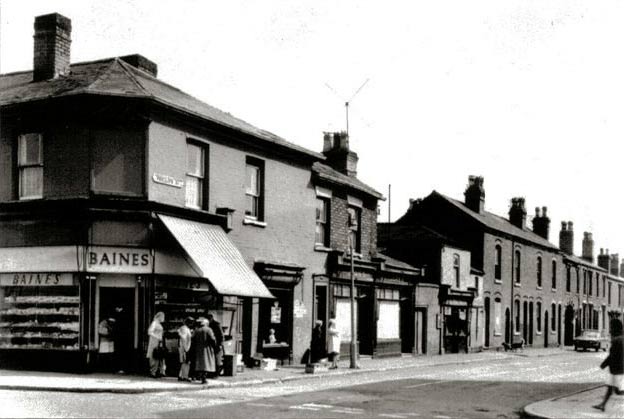 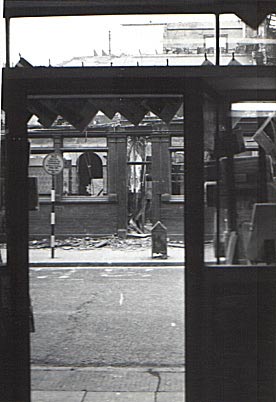 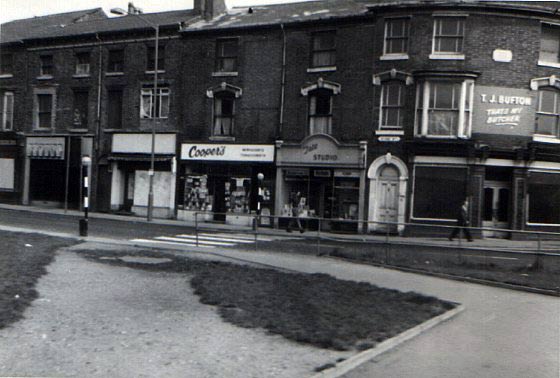 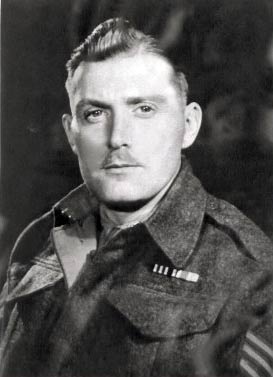 High Street, Bracebridge Street, was a place of happy memories for me. My Dad was the manager of "Richards of aston" the Pork Butchers. Then "Farr & Smiths" at the same premises, right on the corner of Bracebridge Street. His name was Harry Taylor and if anyone remembers him or those days, drop a line to this site.

I remember as a young lad of eight or nine, going along to the shop to help make the pork pies, and the delicious aroma of them baking. I recall the dozens of turkeys and chickens hanging along the rails outside the big windows (no hygene regulations in those days) at christmas time. My dad stayed open until the very last piece of meat or bird was sold, and that meant late nights on christmas Eve, as people from all around came to see what Harry was going to auction off as the day drew to a close.

"OK Love, then who'll give me a quid for this lovely bird, only a few left now so lets be havin you". The shop ran around the complete corner of High Street & Bracebridge Street, with the shop entrance on the actual corner. all the deliveries went in through a side gate in Bracebridge Street. My Dad used to work from o6oo hrs through to nine thirty or ten pm at christmastime, then the staff and Dad would all go across the road to a pub opposite the shop.

Further to the picture of my Dad and the piece about RIcHaRDS of aston ( corner of High St. and Bracebridge St.) here is a wonderful photograph of the entire staff that worked for all the shops. I believe this was 1950 or 51 and it was a works outing. Does anybody recognise themselves in the photograph? My Dad "HaRRY TaYLOR" is standing next to the lady in the white coat on the front row. The lady is my Mom, now 95! Dad passed away in 1962. He was the manager at the aston shop. 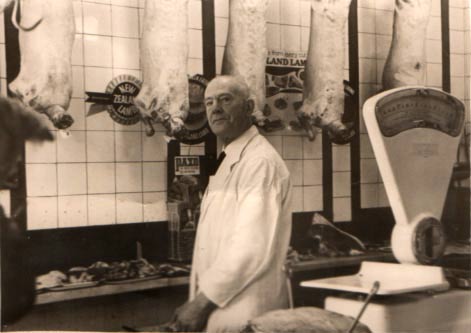 I remember Mrs Harold cooper's shop being open as I was 10 years old at the time and Saturday night in aston, Newtown, has been vividly in my memory all my life. I love my family to recall incidents that happened in those days. The scene in the shop and outside it was tremendous.

always stood inside, against the wall, in a position where I could see all the 'cutters up' in the back room. With a young sister, probably about 2 and not always the same sister because I grew older and new sisters arrived. I watched and listened, enthralled at the scene which really had to be experienced to be believed. Mrs cooper was the pivot of the whole thing, shouting her head off with plenty of good humour surrounded by a turmoil of women with only a very limited amount of money clutched in their hands but with experienced eyes for the joint they were after and quick to pounce when their bargain came up. I think there were 4 people behind the counter, an elderly man and woman and a younger man. There were at least 2 assistants cutting up joints in the back room and the whole scene was enthralling. The purchaser would successfully get her bargain and pay for it after it had been wrapped in last weeks Sunday Mercury, The Sports argus or whatever.

Sunday dinner was the most important meal of the week and for many the only dinner when you had roast meat. It was the pride of the working class that however poor, Sunday dinner had to be roast beef with a good slab of Yorkshire pud which was lovely with gravy from the beef, lamb with mint sauce, pork which used to have beautiful crisp crackling or very occasionally roast veal. Never chicken in those days except at christmas and that was usually from someone's back yard pen or picked up cheap late on christmas Eve.

Mrs cooper was one of the characters of Newtown Row always immaculate with her hair, very short back and sides, as was everybody's and brushed back flat on her head. I can remember her in the quieter days up to when she closed, as I always passed in my car after the war and she did not seem to look any different.

Newtown Row was a world in itself. The old fat lady shouting, 'Sage, thyme and parsley, a penny a bunch' and other gutter edge traders or buskers trying to earn a meal or nights lodging. During the week, I would have to go for a 'pound of mixed vegetables and please include an onion,' so that we could have a stew made with a pound of stewing pieces which I think was four pence. The marvel of the maypole where margarine was cut off huge slabs in various quantities, deep yellow at sixpence a pound, mid at eightpence and creamy at ten pence. 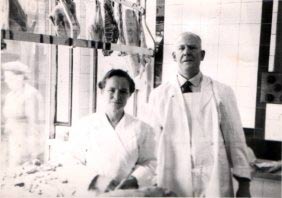 Next door to Mrs cooper was of course, 'the house that Jack built' (did a good trade in chamber pots) and then on the corner of Bracebridge Street, Richards, the pork butchers. I went there only occasionally when dad's 3d double had come up and we could afford bacon and sausage. There was the Hippodrome and Barton arms and the Slobe (one penny matinee on Saturday afternoon) and only three pence at night on the first three rows of bench seats.

To get back to Sunday dinner, this had to take place late enough to accommodate my father who did not leave the pub until they closed which was 2 o'clock on Sundays then and early enough to give us children time to get to Sunday school which was at 3 o'clock so it was usually at about 2.30 but I have known it later if it took my father longer than usual to make his way back from the pub home. Poor mother would be pacing around the table, first with the saucepan of spuds, then the cabbage, Yorkshire pud if appropriate and then the meat and gravy. No such thing as starters or sweet trolley not even rice pudding which was often a meal on its own during the week.

Sunday school only catered for children up to 14 years and this concerned one of the teachers so he started a young men's class to go to and it had been in existence for two years when I became 14. I joined and am still a member and there are twenty of us who still meet at St. Pauls church in the Lozells once every month so that I have been giving 52 years. There are also two or three founder members who still go. The teacher who started it was Mr George Field, a prominent butcher who had several shops and one at the Perry Barr tram terminus. another butcher, W. Y Baker, who was president of the Butcher's association and also had a shop in Perry Barr, used to come and speak to us and became a good friend and had a long association with us.