Some Famous People from aston

One of the founder members of the Birmingham pop group The Move, attended Upper Thomas Street School, born in catherine Street aston.

He was born in aston in l924. He shares his Knighthood with some of Britain most famous conductors of past eras. Very few British orchestra conductors have been knighted so he must be very special.

Born 15th June 1946 in a back to back house in Park Lane aston, attended Burlington Street and Upper Thomas Street schools

His first acting role was in the Train Set made in the aTV studio's on aston cross in the early 1960s. Roy also appeared along side Hayley Mills in "Whistle down the Wind".

Other roles were in Z cars, Doctor Who, The caves of androzani and Sorry

The first of the Villa captains to lift the Fa cup Lived at 18, Potters Hill aston in 1881

Inventor of the Inshaw Steam carriage

With Ozzy Osbourne, a founder member of the heavy metal group Black Sabbath 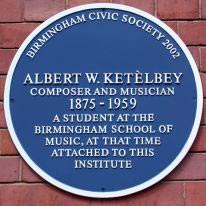 Famous as the writer of 'In a Monastery Garden'

British composer was born on 9 august 1875 at 41 alma Street, aston Manor, Birmingham, son of George, an engraver, and Sarah, whose maiden name was also aston.

as a young man he was head chorister at St Silas's church, Lozells later becoming a popular composer of light music as well as theatrical, film and chamber pieces. He once played a second rendition of his "cokney Suite" to
King George V, who had arrived late for the performance!

Small groups of local people pooled their savings and built themselves homes with the proceeds. When everyone was housed the society was wound up.

The man with the idea of starting the football league Lived at 301, Summer Lane aston, Newtown in 1881

Born aston 9 July 1953 Singer and Dancer; a Bluebell Girl; Ballet with Bentyber of France; TV Star appeared in Name that Tune, The Russ abbot Show, Mike Yarwood, Morcambe and Wise, Dick Whittington at the alexander Dec 1987, and many more.

Who played football for aston Villa and England, he also captained both sides during the 1920s, born in Phillips Street aston, he attended Burlington Street School, his Two sons Frank jnr and amos both went on to play for the Villa, while living in aston.

Like him or dislike him, hes a truly remarkable character, one of astons most colourful son's 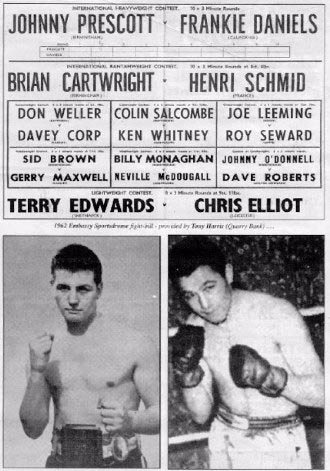 Heavy weight boxer lived in Burlington street with his nan

Was a Burlington Street School teacher in 1888, but he was also an aston Villa and a Welsh international player