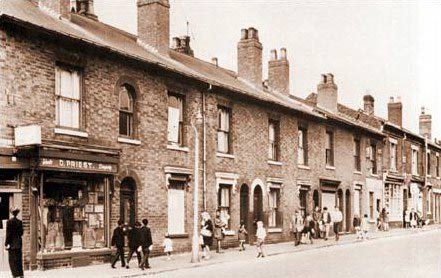 Memories of clifton Road by B. Drew

I was born in aston and lived in clifton Road. I started work at the Hercules bike factory and finished work when I retired from ansells Brewery. all five sisters worked at one time or another at the HP sauce factory.

There was a strong community spirit in our back to back houses. My dad in turn was a decorator, gardener, hairdresser, cobbler and chimney sweep with six children to care for.

Other memories are of the roar from Villa Park. Visits to aston Hall and the well known smells of aston from the brewery and HP sauce.

I was born and grew up in aston, lived mostly in clifton Rd.and went to Upper Thomas St.school 1941-1951.

I worked for Bert Steel the butcher in Upper Sutton St.coleen. There is at least one customer I remember There must be others on this site. If Joe Fields is still looking in,the names he was missing on his cricket photo.were David Smith,Billy Bishop and one other I think,was Ken Figures. Great site well done the managers. 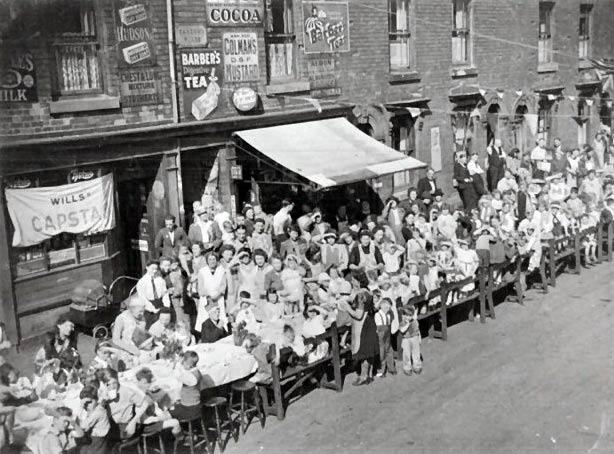 I was born and grew up in aston, lived mostly in clifton Rd.and went to Upper Thomas St.school 1941-1951.

My dad and his family are all from aston. I stumbled upon this site somehow whilst looking at my dad's old school on friends re-united I'im new to the internet). anyway, I told my dad about it an he spent hours looking through it all it brought back some great memories for him.

My nan was born on Brearly Street and my grandad lived in a shop on Holborn Hill. They married in march 1936 an dad was born New Years Eve the same year at 95 Lichfield road.

Dad spent the war years in aston, he was supposed to be an evacuee but nan changed her mind at the last minute they still have the paper work an the tag to stick on my dad should he of went. They moved to clifton Road which is where the street party for VE day is on the photo I have attached. My grandad, my dad, his brother an aunt and a load of his cousins are all in the picture.

also attached is the list of a boxing tournament. My dad is down as E.Barratt; his real name being Ernest,but he's always been called Ray,and our surname is spelt Barrett. J Smith is his cousin Jimmy.

Dad says he can never remember Upper Thomas Street ever losing a tournament.

I have got to say I enjoy looking at the site I can put places in the photos I see to stories I've heard off my dad and grand parents,its good stuff. cheers