The chiswell Family by annie 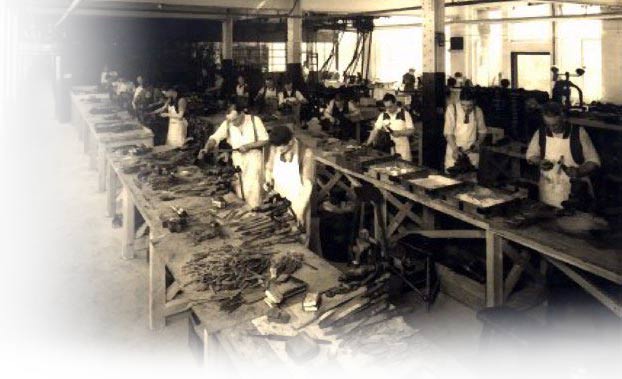 The chiswell family lived in aston from about 1830 and my grandfather albert chiswell was born in 1877, married 1898 and then with his family resided at various addresses, but always in aston and between1900 - 1939 in Park Lane, aston. Grandfather albert was, according to various certificates, a silversmith and towards the end of his life in 1939 an electro plate worker or cutlery maker. Unfortunately I have no idea where he worked, but the attached photograph has recently come into my possession. On the benches can clearly be seen assorted knives and other cutlery. I do have one clue which may be significant which is my grandfather was born in Harford Street and right next door is Frost electro plate works , which is still in existence.

The eldest girl is Ethel, daughter of
albert chiswell and his youngest
daughter, Maud 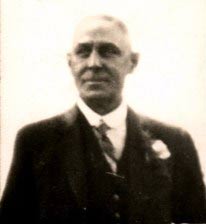 albert married Fanny alice Linforth and in 1908 after the birth of her fourth daughter, alice, was sent for a short period to Warwick county asylum [Hatton] suffering from what was obviously post natal depression. In 1913 after the birth of her sixth and last daughter alice was, at the instigation of her husband, examined by a Doctor Wilkes and the report states that alice had threatened suicide by cutting herself and strikes, throws and is destructive. albert also complained that she locked him out at night and I don't blame her considering that I believe he was handy with his fists and fond of the demon drink! In august 1913 alice was committed to Winson Green asylum and then in 1915 to Rubery where she spent the next 63 years, dying at the age of 98. The funeral was arranged by Rubery and she was cremated "on the state". I have repeatedly tried to obtain my grandmother's records from Rubery to no avail.

after alice was committed albert continued to to live in Park Lane bringing up his daughters and died in 1939 aged just 62.