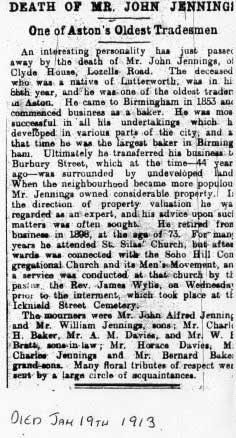 an interesting personality has just passed away by the death of Mr. John Jennings, of clyde House, Lozells Road. The deceased who was a native of Lutterworth was in his 88th year, and he was one of the oldest tradesmen in aston. He came to Birmingham in 1853 and commenced business as a baker. He was most successful in all of his undertakings which he developed in various parts of the city, and at that time was he the largest baker in Birmingham. Ultimately he transferred his business to Burbury Street, which at the time - 44 years ago - was surrounded by undeveloped land. When the neighbourhood became more popular, Mr. Jennings owned considerable property. In the direction of property valuation he was regarded as an expert, and his advice on such matters was often sought. He retired from business in 1898, at the age of 73. For many years he attended St Silas church, but afterwards was connected to Soho Hill congregational church and it's Men's Movement, and a service was conducted at that church by the pastor The Rev. James Wylie, on Wednesday prior to the internment, which took place at the Icknield Street cemetery. 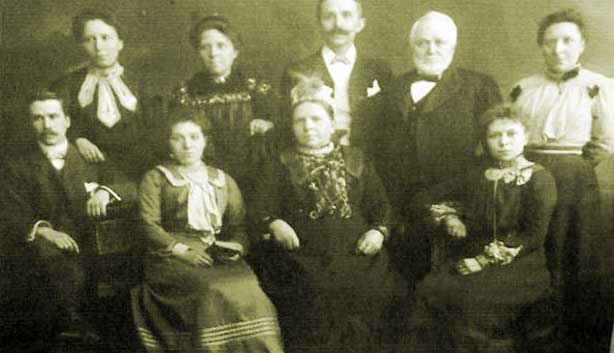 This is a photo of my gt grandparents John and Margaret Jennings with their children.
They lived in a bakers shop in Burbury Street
Back Row: ada Davies,Emily Bratt,John alfred,John,Elizabeth Baker
Front Row: Walter William,Pricilla,Margaret, Florence May 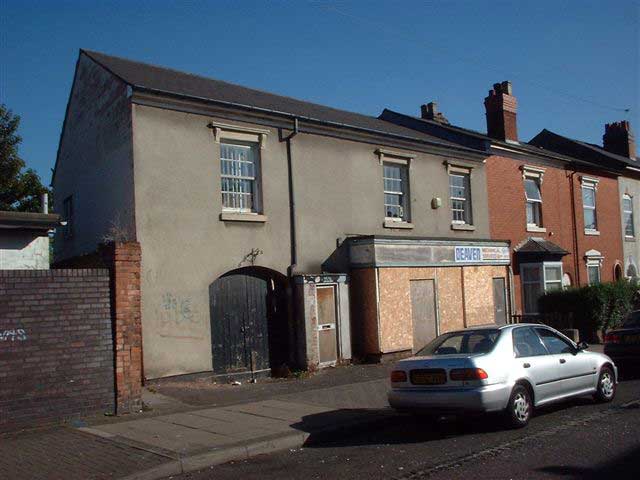 The Shop as It Is Today 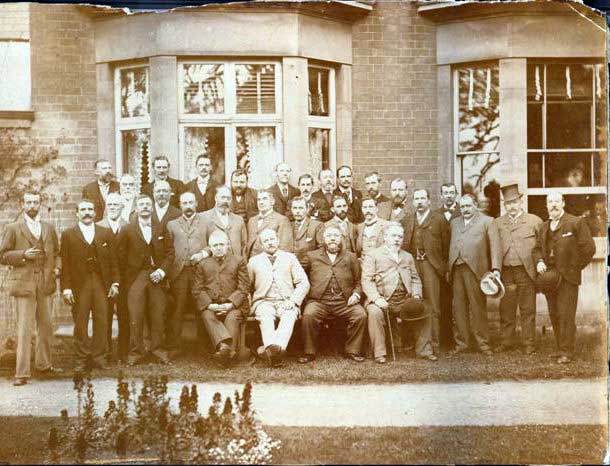 This photo was sent to me by a distant cousin its a master bakers excursion to the Yardley Hotel
We think its about 1900. I am not sure if John is on the photo I have studied it a lot
The person seated first on the left is John Jennings's bother David
He was also a baker in Farm Street aston
The person leaning on his shoulder is his son in law Robert Westwood who had a bakery in New John Street West 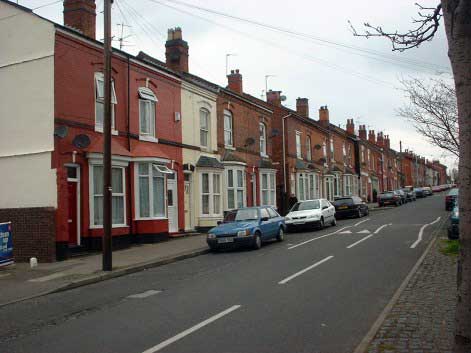 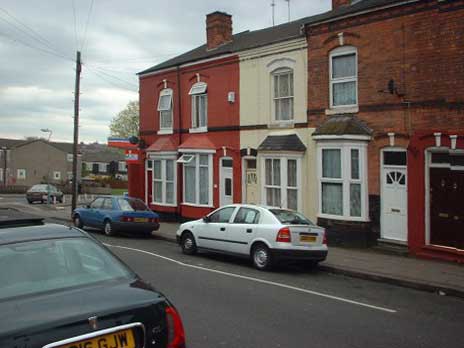