The Night Before Bonfire Night by Bob Houghton 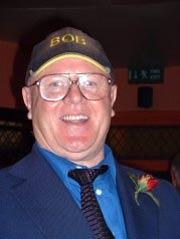 Do you remember the three half penny Wilders banger. Doing so many silly things but none done in anger.Hiding them till the fifth of November.But once in a while, we would let one off before the big day, I well remember.

Never bothering with the safety instructions. Light the blue touch paper, and stand well back. But we would hold them till they started to fizz,then throw them it was a special nack,showing off, and not thinking of the destruction.

a noise so loud when they went off.The percussion made window frames rattle. Now my old man for sanctuary would study the horses,In the back yard closet and the Sporting Buff would religiously cosset and in that closest he was always at ease. Besides if any thing was to wrong he would not be able to cop us, with trousers at half mast below his knees.

We planned to stick a thunder flash in the lead overflow pipe.Then what followed his language was vile, the air so blue,You could cut it with a knife,as he threatend our lifeIt was at that moment we knew we should not orter.

The fire work blew off the door and scattered the mortar. It was not long before our gang became depleted. We had our arses tanned till we all bleated. Walloping us and bawling that we were all silly so and so's, and when you had done something wrong the whole street knows. Our Mom could not stop laughing, and said I knew there be trouble.

When I saw your old man up to his neck in bricks and rubble. From 39 to 45 he managed to stay alive, and now in peace time a bombing he's had to survive. Mind you the reasons he was in such a huff, It was because he could not find his sporting Buff.

November the forth the day the Wipps Three went down the pan in the lavortry.To this day the street still talks,Of the day when Parliament Street had a live Guy Faulks.