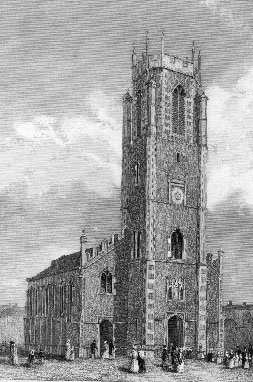 In the middle of the 19th century there were many commodious places of worship that were built by the rich for the rich along with Parliament grants and monies from their vast fortunes. Unfortunately there was no such grant for the provision of the spiritual welfare for the poor people who lived and worked in appalling conditions in over crowded area's leaving them without church accommodation.

This dilemma soon attracted the attention of charitable and caring people, the estimable Bishop of Lichfield and his good companion Doctor Ryder who were martyrs and reformers to the common man and they like many others toiled effortlessly to help the needy.  By their influence and example other wealthy neighbours were stimulated to assist with subscriptions to erect churches for the large poor neighbourhoods.

By no means where these two gentle men on their own why these two are high lighted is because they operated in our neck of the woods and in grateful remembrance to these stalwarts of aston the church in Gem Street that they persevered for was named after them The Bishop Ryder church. 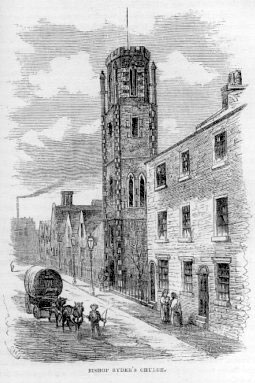 It was a neat gothic structure of brick and stone and quite ornate by the side of its contemporises its most striking feature was an handsome tower which to some extent was a direct copy of the celebrated St Botolph's, at Boston in Lincolnshire affectionately called the Boston stump.

December the 24th 1838 heralded the grand opening for the poor people of aston to sing their praises. It was a Holy consecration a ceremony that stated openly that they were dedicating this edifice to the service of the almighty God and it was performed in the presence of a large and respectable congregation by the Lord Bishop of Rochester who gave his thanks to The Bishop of Lichfield and Doctor Ryder.

His Vicarage was in Sutton Street aston and the plaque on the wall reads Bishop Ryder Vicarage. Incidentally this was our very own sensational Doctors surgery. To visit the doctor was like visiting a palace It was a grand three story house and it had a great entrance door and hall oak panelled walls oil painting in large gold frames that hung from the walls a magnificent house indeed. It was the practise of Doctor Fitzgerald in the forties Then a doctor Gibson and a Doctor Ince.

I have reason to believe it was used for administration for Independent television who's recording studios where in the old astoria Picture house then it became the home of B R M B. 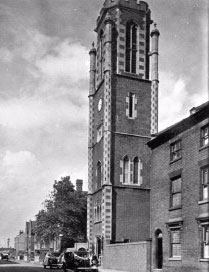 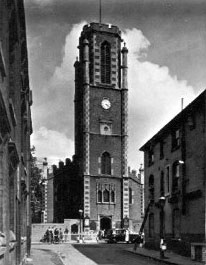 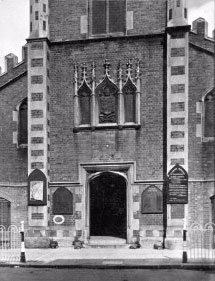 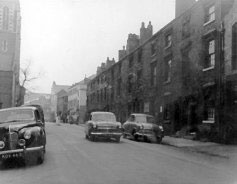