I was born in Barton St, four doors away from the pub. My brother and I used to play outside with our friends; also our house front door was opposite the back stage door of the aston Hippodrome. We used to watch the stars go in.

The Globe cinema used to be on the other side of the road. My brother and I used to go there every Saturday. Next to the cinema was the bone yard; I had an auntie who lived there.

I have phoned my brother up to tell him about the pub, he lives in the Isle of Wight. We used to go to Burlington Street school it was great.

I was born in aston and I married in aston. 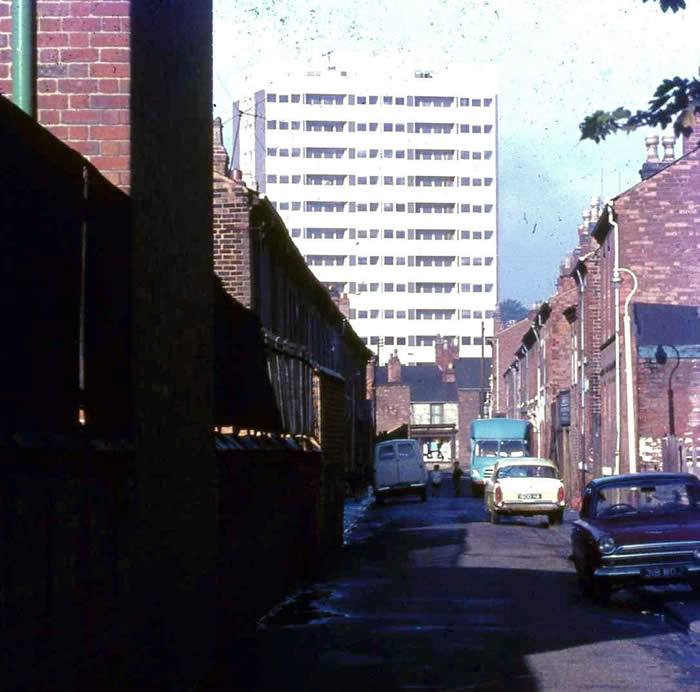 This view of Barton street is towards Potters Hill behind iron railings on the right is Burlington street school playground the gable end on the house on the right backs on to the school toilets. Though the street looks narrow in our younger days it seemed to be a normal street asnd much longer. just were the blue van is number 49 is were my friend Johnny Sheppard lived with is my Dolly Sheppard her partner was Buck Ryan, I used to stay here some weekend,turn left at the bottom of the street and you would see the Barton arms and the aston Hippodrome now saddly only the Barton arms is still there.

Our family name is Murtagh, Warburton is my Mother's maiden name. My Dad is Frank and he sold records around the pubs with a chap called Lonnie. My Mom is May and she had brothers comefrom Irelandand stay with us. There was Willie, christie, Gerry, Joey.

Unable to sleep I found myself staring at the burning embers of the fire as one by one they began to diminish darkening the room adding to my sense of contentment as I lay with my sisters on a mattress in our front room.  I could hear my Mother and aunt in the kitchen busily packing what was left as they prepared for the move the following morning.

We were leaving our house, the only home I had known and had spent most of my 6 years.  It was a great house filled with fun and laughter despite it being cramped and cold.  We were one of the few remaining houses on our street the others had been demolished creating a playground of rubble for the children which we called the bomb peck.

We would spend our days routing through the debris of what was once a home, discovering treasures, a piece of carpet, a broken record player and a coal bucket, these were essential items required to build a den, the den was pivotal in our play and what we couldn’t find in the rubble we took from the house until my mother noticed the lack of cups, pillows and blankets and would go and retrieve them.

Playing in the streets was great fun nobody bothered us no residence committee, police nor health and safety even when we lit fires, this moulded a sense of freedom with the only authority being the mothers chatting away on the doorsteps constantly on their guard for the monster that lurked in the shadows known to us as the stranger.  I would miss this house but not the tin bath or the toilet situated at the top of the back yard.  The new house had an inside bathroom and toilet surrounded by grass verges, something I had never seen.  as the last of the coals burnt out I drifted off to sleep.

Having loaded our belongings, we were panicked unable to find our cat Sammy.  My father sat us down to break the news, Sammy had found his parents and was

living in a  place called ‘cats paradise’ where he could eat as much cat food and sweets as he liked.  My father asked Sammy to come with us to the new house but Sammy wanted to stay with his family, dad said when he last saw Sammy he was on the roundabout with his brother which conjured up an image of Sammy holding onto the bar and scouting with one leg an image as vivid today as it was then.  We were sad to leave him but accepted Sammy was happy so we waved goodbye to our old house and life. It wasn't until I was about 15 that the truth dawned on me about Sammy

Dear John, you may be interested in this story for your web site astonbrook-through-astonmanor written by my late father-in-law Walter George Edmonds, born 1917died 2013 aged 96. Walter was born and bred in aston, starting off in Barton Street and later Sandy Lane. During World War 2 Walter worked at the Spitfire Factory, castle Bromwich, until joining the army and doing is bit for the country.

Walter went into a care home a few weeks before he died andwe had to clear his flat, wecame across this true story that he had written about a happening during the war. I typed the story up for him and took it to the home to read it out to him. although Walter was in the late stages of dementia, I asked him if he remembered writing the story, "of course I remember" he said and became very emotional,he was mouthing the words as I read them.

I hope you like this story, Iwould be delighted to share it with the people who visit your site. 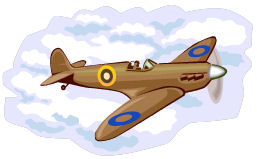 It was just an ordinary Monday in the capital city of London, just before dawn.  But wait, was it an ordinary day?  Was any day ordinary?  Days gone, days yet to come, no, no, it was the year of 1943, the forties, the war years.  No day, week or year was ordinary, not even life itself. The all clear had just gone, the sirens dying away.  In the distance, people starting to arouse from the previous nights bombing, yet here outside Euston Station things were unusually quiet, but only for seconds.  One streaming mass of humanity came pouring out of every exit from the station.  It was like looking over a galaxy of confetti, but no bright colours, a little drab perhaps, navy blue, khaki, light blue and various hues and shades of blue, grey and khaki from our overseas comrades.  They spilled out and separated to every part of the compass into this great city, us the crowd, thinned, leaving stragglers wending their way to wherever.  One caught the eye of two men walking slowly together, looking very tired.  The elder of the two, a man in his fifties, the younger in his mid twenties, walked across the road and stood on the corner deep in conversation.  The elder in RaF uniform clasped the young Soldier, they shook hands and went their separate ways.  It was a very sad moment, the RaF man made his way to Victoria Station to catch the Brighton train and then onwards to Shoreham, an R and R airfield, that is Rearm and Refuel.  Then on arrival, he’d be straight into his kitchen to prepare breakfast for the young Pilots returning from sorties across the channel.

Being a Sergeant Major during the 1st World War, this was somewhat different, a RaF Lance corporal cooking in the kitchen, for his Pilots, was his cup of tea, excuse the pun!  He still had his military bearing, but more than this, he was a man, a great man.  as for the young Soldier, he made his way back to his depot site, which was in London.  He was on a course of engineering at one of the London firms prior to joining the corps of REME, the Royal Electrical, Mechanical Engineering, he passed and later went overseas to help the wheels of war keep turning, working on trucks, tanks and whatever, before D-day.

The two men met up again, at a later date, outside the public house ‘The Load of Hay’ which was located outside Paddington Station, on a Saturday morning.  after a couple of beers they caught the train to Birmingham for a weekend reunion with their respective wives.  after a very happy weekend of drinking and singing the party was completed by the unexpected appearance of George canning, home on leave from the Navy, he was the elder man’s nephew.  So with a few females from the WRac the services were completely represented.  George was later in life to become Lord Mayor of Birmingham.  This was the last wartime leave for the young Soldier, he was sent to the beaches of Normandy. 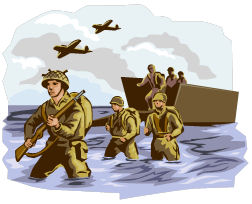