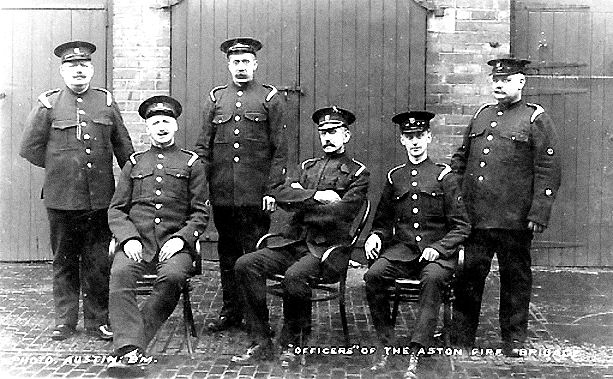 aston Fire Brigade was formed in 1879, the first station and steam powered horse drawn pump being at the Board's wharf off chester Street: the later station and twelve firemen's cottages were on Lichfield Road opposite Vyse Street. Other stations were provided next to the council House and in Villa Street.

In 1882 the Brigade consisted of two divisions. 1 Lieutenant and 6 firemen in each division with 1 captain covering both divisions and the men residing within call of their respective stations, which were situated at the Public Offices Witton Road aston (now the Public Library) and at cheston or chester street aston cross (used by the M E B). The site between Prestbury road and Ettington road aston was purchased in 1912. at this time the building of a new fire station was estimated £7000 in 1913 this had risen to £25,577 due to extra accommodation for both fire men and appliances by the time it was built in 1923 the cost had risen £27,560.